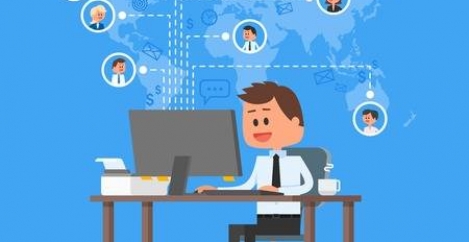 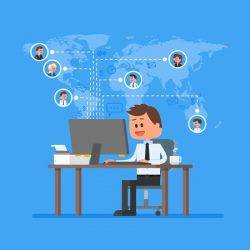 Almost half (42 percent) said they wouldn’t be able to build relationships with their co-workers, and one-third (36 percent) said they would feel lonely or isolated from their team. Another third (34 percent) of workers said they would be missing out on the office culture if they worked from home, suggesting that simply being present in the office alongside co-workers appears to be a large factor of a positive work experience.
“Even though communication has largely shifted to digital mediums, face time is still a highly-valued part of business,” said Dr. Jau Huang, CEO of CyberLink.

“Remote workers don’t have a physical presence in the office, so their colleagues may be under the impression that they bring less to the table or aren’t a member of the team, even though that’s often not true.”

With how quickly the business world is shifting to remote work, it’s not likely that the trend will move in reverse. Simplifying communication and aspects of collaboration among workers is a necessary part of making it work successfully, especially when one-third (31 percent) have been late or missed a meeting because of tech failure, or experienced the following technical difficulties:

These technology complications can make effective collaboration considerably more difficult, pushing office workers toward quick and straightforward modes of communication. In fact, more than one-third prefer to ask quick work-related questions over text or instant message and, shockingly, 1 in 13 (8 percent) would even prefer to be fired over text or instant message instead of having the conversation in-person.

“With remote workers representing nearly half of the workforce in 2017, it’s time for the perceptions of their value and role in business to shift. The gap between in-office and remote workers can be bridged with easy-to-use technology that streamlines communication with a laser focus on collaboration.” said Dr. Huang.