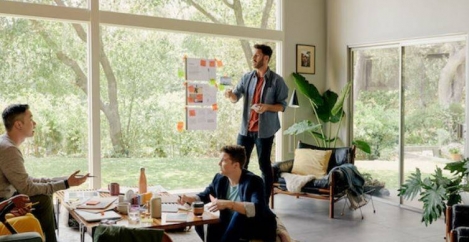 Remote working is becoming more popular than ever. A study released by the Swiss office provider IWG found that 70 percent of professionals work remotely at least one day a week, while 53 percent work remotely for at least half of the week. Some multinationals have their entire staff working remotely, with no fixed office presence at all, which can result in having employees situated all over the world.

New technology makes all this possible. While there are certainly benefits, there are also a number of pitfalls. As remote working becomes the new normal for many, it’s important companies adapt and put the right policies in place to ensure their employees feel part of the team and don’t burn out.

Nearly 70 percent of millennials would be more likely to choose an employer who offered remote working according to one study. The benefits are important. Employees value the flexibility it gives them, particularly if they have childcare commitments. People also appreciate escaping long commutes and avoiding office distractions.

But there are also growing concerns that people’s mental health and well-being can take a hit when working remotely. In the UK, businesses lose £100m every year due to workplace stress, depression and anxiety. Research shows that being “always on” and accessible by technology while working remotely leads to the blurring of work and non-work boundaries, particularly if you work from home. A 2017 United Nations report found that 41 percent of remote workers reported high stress levels, compared to just 25 percent of office workers.

Out of sight, out of mind?

Navigating sensitive territory in a virtual team is an essential skill

One of the reasons for this could be the “out of sight, out of mind” mentality that’s commonplace toward remote workers, which leads to a lack of trust, feelings of being an outsider and a tendency for people to think their colleagues are talking negatively about them behind their back. One study of 1,100 workers found that the 52% who worked from home at least some of the time were more likely to feel left out and mistreated, as well as unable to deal with conflict between themselves and colleagues.

Navigating sensitive territory in a virtual team is an essential skill. If we’re not careful, issues can fester. Emails can be misinterpreted as being rude or too direct. And, with no visible body language it is tricky to convey our true meanings.

In a virtual environment there is a tendency to focus too much on tasks and too little on relationships. This kind of transactional leadership can be the route taken by leaders who want to get the job done but fail to recognise how important the people are who are completing these tasks. With more emphasis on deadlines and routine information, virtual workers can feel treated as a cog in a machine, rather than an essential part of the team. Such a leadership approach can worsen the sense of isolation that naturally comes with working remotely and can contribute to virtual workplace stress.

As part of my research, I’ve spoken to university colleagues and students who work virtually. Feelings of isolation, loneliness and being unable to “switch off”, as well as the lack of social support, were all mentioned. One of the more significant issues raised was that of how virtual working was managed. Interviewees said a lack of feedback from line managers and senior colleagues gave them no benchmark to judge progress, which led to increased feelings of anxiety and a concern as to whether they were “up to standard”.

When it comes to work, there are two kinds of stress – the good kind and the bad kind. The Yerkes-Dodson Law (drawn up by psychologists Robert Yerkes and John Dodson) points out that stress can be productive up to a point and then it results in reduced productivity. Being unable to report being stressed (or being uncomfortable doing so), is detrimental as pressure will eventually outweigh an individual’s ability to cope over time. In contrast, one recent study found that colleagues who spend just 15 minutes socialising and sharing their feelings of stress had a 20 percent increase in performance.

The right kind of communication is key to overcoming the trials and tribulations of virtual working. Employers need to put the right structures in place such as scheduled video calls and regular team-building meetups to build rapport. Bosses need to lead by example and create a culture where those outside the office feel valued.

But it cuts both ways. Everyone needs to think about what makes them productive, happy and successful in everyday life, and try to replicate this in a remote setting – whether this ranges from taking a walk at lunch time, going to the gym, ringing a friend or reading your favourite book.

If the future of work is heading towards more virtual and remote working, then it is not something we can avoid. Instead we should implement ways of managing the stress associated with it, while enjoying the benefits.

This article first appeared on The Conversation