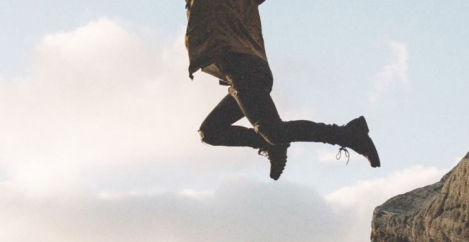 A new study from Kimble Applications claims that workers are predisposed to be happiest at agile organisations and would appreciate managers who speak less and listen more. According to the report, Britain’s employees are fed up with overbearing bosses, hungry to participate more at work and wished they had more of a two-way dialogue with their superiors, new research has found. The survey also claims that more than two-thirds of British workers (69 per cent) feel they could do their job just as well or even better without their manager’s input.

Kimble’s Boss Barometer report, which surveyed 1,000 full-time employees in the UK, claims that 46 per cent of respondents have little faith in their managers and admit they believe they could do a better overall job than their boss. What’s more, people are not looking up to their superiors – 56 per cent say they do not aspire to be like their boss or manager. However, only half (51 per cent) of workers would take their manager’s job if it was offered to them today, perhaps indicating that people realise management and extra responsibility is not an easy task.

A significant minority of around a third voice more serious criticism of their boss’s management skills. More than a third (36 percent) feel that their boss micromanages them too much. A similar number (31 percent) say their boss or manager has taken credit for their work or contributions. Fewer than half (46 per cent) feel their boss or manager is invested in their career growth and aspirations, which compared particularly poorly to the same survey when conducted in the United States, where a significantly higher proportion (57 per cent) of workers believe their boss is on their side.

Despite this, and thankfully amid times of great division, a mutual respect persists between manager and direct report. 78 per cent of employees do respect their manager, whilst 74 per cent believe their manager respects them. In fact, it seems most manager to employee relationships are built on trust and respect. Over two-thirds (68 per cent) don’t find it difficult to be honest with their manager, whilst 73 per cent also believe their manager is honest with them for the most part. An overwhelming 73 per cent preferred a collaborative culture to help with decision making and delegation of tasks.

The combination of answers may suggest that workers are desperate for a more agile approach to work. Even though more companies are adopting agile management, the “partnership” and hierarchical models still exist, and may be impacting UK businesses’ ability to deal with the modern demands of work.

Mark Robinson CMO and co-founder of Kimble Applications said: “British workers indicate their willingness to collaborate more whilst taking on greater leadership roles which are both key fundamentals to agile management. This approach would alleviate a lot of referenced employee challenges, and allow bosses to motivate, coach and train employees, all skills that are wanted in a boss. We are moving away from a world where it is seen as the bosses to job to tell people what to do. It is the boss’s job to provide clarity of mission and to remove obstacles to the team’s success. Divesting authority to those in the know will empower employees and enable greater development of a business. Companies that fail to adapt and ride with the times will ultimately fall behind the pace.”

What should managers be doing?

Although coaching and training were ranked highly in employees impressions of what makes a good manager, a surprising 32 per cent of workers feel their manager is not invested in their career growth and aspirations.

Mark Robinson continued: “Where hierarchies exist, it can create a culture where colleagues pit themselves against each other to impress the boss, creating a cut throat working culture. Given a large majority of workers feel they can do their job without their manager, there is a sense of animosity that some managers may be limiting growth and development of those they manage.

Grade your boss
When asked to give their bosses a grade from A-F, 22 per cent of British workers gave their bosses an A, with another 35 per cent grading their boss with a B. Although workers want more collaboration, managers ability to delegate also scored highly with 24 per cent scoring grade A and a further 39 per cent scoring B. Coaching and teaching was also an area where managers showed promise. Over half of respondents scored their manager at B or above on their abilities in this area.