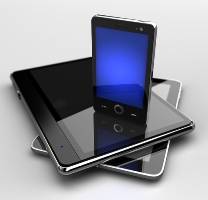 A new report from Dell has indicated the differing approaches firms take to Bring Your Own Device (BYOD) strategies around the world.  According to the survey of 1,500 senior IT managers in 10 countries including the US, UK, Spain, Germany, Singapore, India and China, companies in Singapore are the most proactive in using digital rights to manage the dissemination of potentially sensitive company information. Nearly two thirds of respondents in Singapore said their firms focus more on the management of users than devices, an approach seen as the best way of ensuring the benefits of BYOD.

BYOD is the practice of allowing employees to bring their  own mobile devices to their workplace, and use them to access company information and applications. It is now commonplace across the world according to a report published at the end of 2012 by Logicalis which found that 57 per cent of employees worldwide now use their personal technology in some capacity at work.

According to the Dell survey, in the US, only a third (30%) of respondents claimed that they put greater emphasis on users than devices in the formulation of policy. In Germany, 41% of those surveyed in Germany said their companies put users ahead of devices, while 56% said the same in the UK.

Overall under a fifth (17%) of organisations actively encourage BYOD although there is more widespread appreciation for its potential applications and benefits.  Over a half (59%) of respondents said  that without BYOD they feared they could get left behind.  The respondents typically identified four personal gains for their employees, including more flexible working hours, greater creativity, a reduced innovation cycle, and better collaborative working practices.

Those companies with existing BYOD policies tend to focus on specific mobile phones, tablets and their operating systems, adding each new model into their mobile device management schemes as they are introduced to the workplace.