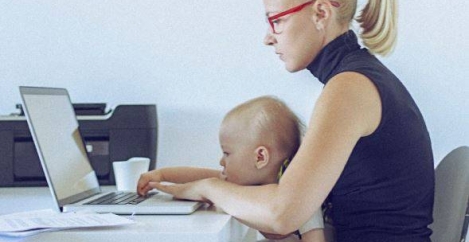 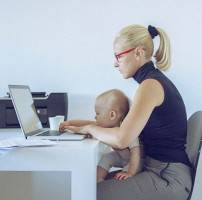 When it comes to innovation in workplace design and management, there are few countries in the world quite so forward thinking as Australia right now. Even so, Australia’s workers, firms and legislators remain under-prepared for the rapidly changing world of work, according to a new report from the Commonwealth Scientific and Industrial Research Organisation (CSIRO), a Government funded research agency. Many of the trends outlined in the report will be familiar to readers of Insight. Over the next twenty years, it claims that around half (44 percent) of all jobs will be subject to computerisation and automation. Over the same period, it suggests that the majority of people will become active in the gig economy, many of them based in shared coworking spaces. The report also suggests that while Generation Z will be faced with the highest degree of change, an ageing population presents its own challenges.

The report was launched in Sydney last week by Minister for Employment Michaela Cash who said: “we can either be dumped off our surfboards into the sea by future waves of innovation, or we can aim to catch the crest of each wave and surf it into an exciting and prosperous future. The report has provided us with a deeper insight into the changing landscape of our workforce, brought about by huge technological shifts. How Australia’s workforce fares in the long term will depend on our ability to help workers make transitions to new and better jobs. Our biggest challenge will be to ensure no-one is left behind”.

The report suggests that the Australian economy is slightly lagging behind the UK and US in terms of the numbers of freelance jobs in the economy but that situation will change very soon. In the UK nearly a fifth of workers are now categorised as freelance or self-employed and in the US, the proportion is closer to a third, according to the report’s authors. This fundamental shift in the nature of work will have the most profound implications for the workplace.

The report also claims that while future jobs growth will be focussed on STEM fields, the number of students enrolling on STEM courses is falling year on year. This in spite of the fact that the latest generation of workers are likely to face numerous career changes during their working lives. According to the study, the average 15 year old Australian can now look forward to 17 different jobs in five different industries during their career. As well as jobs in STEM, the report also suggests that there will be greater demand for jobs in training, the creative industries, education and health and social care.

1. The second half of the chessboard
The explosion in device connectivity, data volumes and computing speed, combined with rapid advances in automated systems and artificial intelligence means that robotic devices can perform many tasks more quickly, safely and efficiently than humans.

2. Porous boundaries
Digital technology and the new world of ‘platform economics’ is changing employment markets and organisational structures. Jobs of the future are likely to be more flexible, agile, networked and connected.

3. The era of the entrepreneur
The ideal job within a large organisation may not be awaiting an increasing number of future job seekers. This means individuals will need to create their own job. This will require entrepreneurial skills and aptitudes.

4. Divergent demographics
Along with many other advanced and emerging economies, Australia’s population is ageing with growing life expectancies. Retirement ages are likely to push back further and an organisation’s employee profile is likely to contain more diverse age groups and more diverse cultural backgrounds.

5. The rising bar
Increased use of automated systems is raising the complexity of tasks and requiring higher skill levels for entry-level positions. Income growth in Asia is associated with increased educational and skills levels, as well as growing competition for Australia’s labour force. Many low skilled jobs are being offshored or automated. The consequence is the likelihood of a raised skills and education bar for entry into many professions and occupations.

6. Tangible intangibles
Employment growth in the service industries, in particular education and healthcare, has driven job creation in recent times. This is likely to continue into the future as we move to a knowledge economy. Service sector jobs requiring social interaction skills and emotional intelligence will become increasingly important.