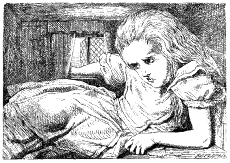 The latest Occupier Density Study from the British Council for Offices reveals that London and the South East of England have some of the most spacious workplaces in the UK, in spite of the fact that London has the most expensive office space on Earth. The BCO research found that the South West has the highest density at 8.6 sq. m. per workstation while London (11.3 sq. m.) and the South East (12.7 sq. m.) have lower densities than all UK regions apart from Wales (11.4 sq. m.). Yet recent research from Cushman and Wakefield has identified London as the world’s most expensive city to rent office space and a report last week from BNP Paribas revealed the large disparities in total occupancy costs between London and the rest of the UK.

The BCO study found that London offices are not only less densely occupied than those outside the capital but are also more likely to use meeting rooms and breakout areas to provide a greater choice of work settings as a way of accommodating new working practices and cultures.

According to the BCO report the development of new ways of working has driven changes to the way space and budgets within buildings are allocated. While at one time a typical space budget might have consisted of 80 percent fixed workplaces, 15 percent meeting space and 5 percent other space, the average office today is likely to have a greater variety of work settings, with fixed workplaces accounting for a smaller proportion of the overall space budget. The report found that this is particularly the case for the corporate, technology, media and telecommunications (TMT) and professional services sectors which have average densities of 13.1 sq. m., 12.3 sq. m. and 10.5 sq. m. compared to 9.7 sq. m. for the financial services sector.

According to the BCO, the average density of workplaces in the UK today is 10.9 sq. m. per workstation compared to 11.8 sq. m. as reported in the last survey in 2008. This is not only a marked drop in short space of time it is part of a long term trend that has seen average office densities increase across the UK from 16.6 sq. m. in 1997, a change of over a third.  It is also markedly different from the global space standards reported last month by Corenet which claimed that the average space allocated per office worker globally had dropped to 150 sq. ft (14 sq.m.).

However the BCO report also indicates that the UK may be approaching the point beyond which we cannot shrink space standards any further.  The BCO claims that while the main drivers of change remain , not least economic pressure and the growth in popularity in flexible working as well as the generalised push for more efficient and more effective occupancy, over recent years, this latest figure represents a slowdown in the rate of increase.

The change seems to be disconnected in some ways from the cost of office space. In August, a review from BNP Paribas Real Estate rents of rates and service charges for Grade A offices across the UK over the first six months of 2013 found that there remains a wide disparity in costs across the UK, even in those areas outside the capital experiencing significant increases. So while the highest rate of increase was seen in Swindon (up 12 percent), costs were still a mere £23 per sq. ft. compared to £55.50 per sq. ft. in Hammersmith and an eye watering £160.50 in London’s West End.

The new BCO research will inform the update to the organisation’s Guide to Specification, due to be published next year. Commenting on the report Richard Kauntze, Chief Executive of the BCO, said: ‘More and more occupiers are now looking for buildings that can cater for a variety of workplace settings and that can respond to their changing needs over time. Traditionally the development sector tends to create workplaces based on a high density use across the whole space, which has required a higher specification to support it. The challenge in the years ahead will be to design buildings that can meet these aspirations without resorting to over specification. Organisations want to manage their work environments more flexibly, and the ability to increase occupation density is a key element. As a result they desire workplaces that can adapt to specific increased demands as their business needs evolve.’

UK employees not getting enough sleep due to workplace stress Three quarters of companies allow BYOD, but most admit data security concerns