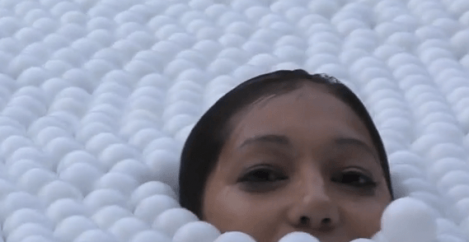 Robot delivery dogs, digital pollution, why tech firms like ping pong and some other stuff 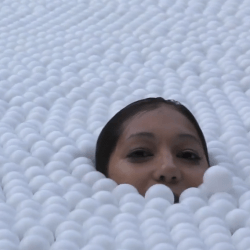 Today is officially* Blue Monday and instead of offering up an endless series of clickbait pieces telling you how to cope and make the day better for your colleagues, we’re turning our attention to more interesting things. Such as this recent piece arguing that our obsession with ‘millennials’ can cloud our perspective on more important issues about people, their characteristics, advantages and inequalities. It argues that birth dates are rather less important to people’s life chances than their background, individual abilities and structural issues in the economy and society. Who – as they say – knew?

Elsewhere, Bring Your Dog to Work Day (21 June, in case you want to put it in your diary) took a potentially sinister turn as news emerged of robot delivery dogs, demoed at the Consumer Electronics Show, that can climb stairs and so deliver packages and even food to offices and homes. The question is whether we’ll ever get used to these sorts of things or always find them a bit creepy. If you want to know the answer, Bladerunner is a good place to start.

This is just one of the questions we’ll have to address pretty quickly unless we can simply absorb such automated technologies into our lives as we have already with others. This piece in Aeon argues that we have a long history of assimilating automation and have become so accustomed to some of the buttons we press to get what we want in the here and now that we take them for granted. Time will tell whether this also applies to watching K9 waddle up to our desks with a chicken wrap.

Of course, there’s still reason to question whether the same sort of tech delivering the wrap means we’ll have a job to glue us to that desk in the first place. It’s a particular obsession for large groups like the World Economic Forum who continue to define the jobs and skills we’ll need for the brave new world.

However, as usual, they fail to address the question of what happens to the many people who can’t easily transform themselves into tidewater architects and haptic interface programmers. A particular problem for those people already struggling to find something better than a zero hours contract in a warehouse. If recent history teaches us anything it’s that if you leave behind large sections of society, they’ll find some other way of making you notice them.

This mob at the gates might extend further up the social scale than we assume. As a new book Lab Rats: Why Modern Work Makes People Miserable argues – here reviewed in The Economist – a lot of people don’t enjoy what they do for a living, feel insecure and don’t earn enough either to pay their bills or justify the work. The author has a personal animus with the tech companies who cover up their failings and greed with the standard juvenile workplace bullshit of ping pong tables, bring your (real) dog to work day, Lego-building and sweets.

“Most startups,” the author Dan Lyons writes, “are terribly managed, half-assed outfits run by buffoons and bozos and frat boys. All they have is a not-very-innovative business model; they sell dollar bills for 75 cents and take credit for how fast they’re growing.”

A similar anger drives this piece in The Washington Monthly, which argues that we need to view the ways in which tech pollutes our lives in the same way we once did the dumping of raw sewage in rivers. If nothing else, it gives the authors the opportunity to invoke the word feculence.

Of course, none of this will deter those governments keen to grab a piece of the Silicon Valley pie or – in the case of China – the whole thing smothered in cream. It has announced plans to convert an area of around 22,000 square miles into a single zone focused on science and technological innovation. Come in America, your time is up.