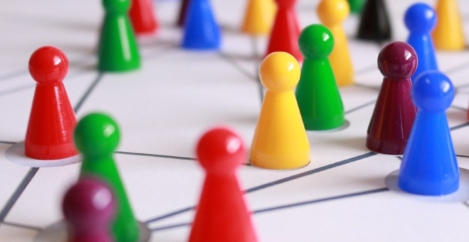 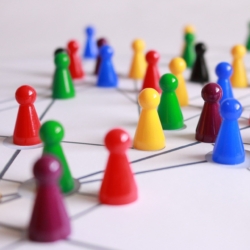 The roles of scientists change as research teams become more interdisciplinary and larger, claims new research from ESMT Berlin. Contemporary scientific challenges increasingly require large teams and interdisciplinary perspectives. However, it is not fully understood how these trends affect the division of labour among team members. In other words, how do team members divide the work and how do teams assure that individuals’ contributions are brought back together to solve a scientific problem?

Henry Sauermann, Professor of Strategy at ESMT Berlin, and Prof. Carolin Haeussler from the University of Passau, conducted a study on the impact of increased team size and interdisciplinarity on the division of labour. They analysed author contribution statements from 12,964 published articles in a range of fields and compared the extent to which team members engaged in various research activities such as conceptualizing the project, collecting data, and writing the paper.

They study claims that division of labour increased with the size of the team, meaning a higher proportion of team members specialised in fewer tasks, sometimes only contributing to one activity. However, generalist members, which are less specialised and contribute to multiple activities, did not disappear completely. The share of specialist members stopped increasing at around 30 percent in teams with 15 members, while the share of generalist members decreased before stabilising at around 18 percent in groups of 10 members. Therefore, although the proportion of specialists increased and generalists decreased, even larger teams were composed of a mix.

The authors suggest that interdisciplinary teams use greater division of labour – team members tend to specialize in fewer research activities. But there is an interesting twist, says Prof. Haeussler: “Some teams gain interdisciplinary perspectives by bringing together field specialists such as an engineer and a biologist. Other teams are composed of individuals who are themselves interdisciplinary in their backgrounds – think bio-engineers. We see that different approaches to interdisciplinarity have very different implications for how labour is divided between team members”.

The authors also suggest important differences in task allocation depending on scientists’ individual characteristics, with women more likely to be involved in performing experiments than conceptual activities. Moreover, Haeussler and Sauermann note that many teams seem to violate common authorship guidelines, which require authors to be involved in both empirical and conceptual activities. As such, authorship guidelines may need to be revised to accommodate increasing specialisation in scientific work.

An unexpected partnership: How tech and business leaders can learn from each other Mental health support from employers is top priority for employees