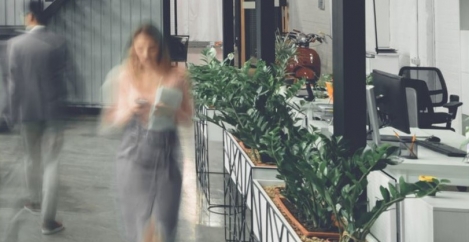 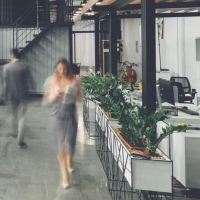 This piece was originally published five years ago. While we now read it with different eyes, what is interesting is how the ideas have stood up. Some better than others perhaps but a welcome reminder that the conversations we are now having about life after lockdown began some time ago. One of the particular and often unspoken issues that shadows in any debate about flexible working is what we mean by the term. We’ve been talking about new ways of working for a good quarter of a century now and what is generally understood about the practice has evolved considerably. The very idea was conceived at the birth of the new online era so is inextricably tied up with the Internet and new technology.

That is why it first became a significant business issue in the mid 1990s as we felt the pre-shocks of the coming seismic disruption of the Internet. Laptops became commercially viable for the first time in the early 1990s and the UK’s first text message was sent in 1992. Authors such as Charles Handy were popularising the notion that our entire relationship with work was about to change. And for those now suggesting they have stumbled upon a new idea about work, I suggest they go read some of his books from that era.

Inevitably, back then a great deal of nonsense was also talked and a number of what turned out to be blind alleys mapped out. We were even told we would all soon be working from home and the office would die out as a result. A new vocabulary emerged to describe these changes; teleworking, telecottage, hot desking and road warrior.

In Wales, a man called Ashley Dobbs even created a televillage in Crickhowell specifically aimed at providing a home for the predicted army of telecommuters. By 2000 the scheme was bust and while the language that went with it began to seem archaic, the ideas it espoused went mainstream (ish), making it all redundant.

But it’s easy to be wise after the event. And obviously time has proved the truth of much of what was talked and written about during this period. We may not need the rural idyll of a specialist village in which to work, because we’ve colonised the whole world as an office instead. The vocabulary may have dated, some of the ideas may have been misplaced, but the underlying thinking was right.

It’s telling that the term hot desking has been dusted off and reentered common usage in the last few days as the UK government has issued its guidance for the return to work. But it is a term that exists in that quantum superstate of futuristic and quaint that marks out these kinds of predictions.

This era marked the existential phase of thinking about where, how and why we work that persists to this day. Those have never been easy questions for organisations to answer and even if they were, we would still be left with the challenge of developing the right workplace model that satisfies the needs of the organisation and the people who work for it and of allowing for that model to evolve over time or be superseded by something else. And by workplace, we’re not just talking about the office.

The idea of a 40 or 48 hour working week can be anathema to the true spirit of flexible working when so many organisations now see work as being defined by its outputs, not the time spent on them.

Flexible working is about more than working from home. It also describes work on the way to work, work in the evening, work in cafes, on client premises, in coworking and public spaces. Not only do practically all employers offer flexible working to their staff, many of us already practice it, often without labelling it as such. It’s no longer an alternative to the traditional time and place of work. It’s just work.

Luke is Managing Director at Wellworking