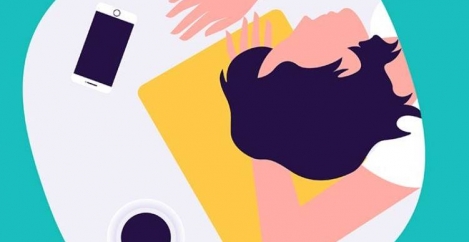 Sleeping on the job: the cultures of sleep and napping from around the world 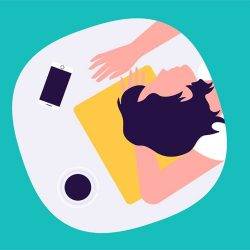 There’s a pretty well proven link between lack of sleep and negative emotion, but is catching 40 winks whilst at work a proven solution? Research from the National Sleep Foundation (NSF) suggests that lack of sleep can have a negative impact on emotion. Could naps of 20-30 minutes make for a more productive workforce, and have a positive impact on mood, concentration and attention? Following the findings that loss of sleep could be costing the UK £40bn a year, is it time to make a change to our sleeping habits? To find out, Brother has produced a study of the eight sleeping customs from around the world, and explored how they could have a positive impact on people and businesses.

China – Bring your bedroom to work

In factories and offices across China, the lines between bedroom and workspace are becoming increasingly blurred. Due to longer working hours, many employers now advocate a short nap after lunchtime to increase concentration. Certain offices have even installed temporary or permanent sleeping and washing facilities in their office spaces to encourage employees to stay round the clock.

Taking a nap at work could well be perceived as a sign of laziness or a poor attitude, but not in Japan. The hectic lifestyle of Japan’s city dwellers has led to the wide-scale uptake of “inemuri”, or “sleeping whilst present”. Thanks to inemuri, Japanese workers can nap on public transport, at their desk or even during meetings – and it’s commonly seen as a sign of hard work.

Originating in Spain and parts of Latin America, the siesta is perhaps one of the most well-known daytime snoozing traditions across the globe. This practice might be under threat, however, with new business laws introduced in 2016 limiting how late employees can work, and effectively reducing the time they have to squeeze in an afternoon nap.

Where the Spanish have a siesta, the Italians have “riposo”. Commonly taking place after lunch, riposo can last anywhere from 2-4 hours. Frustratingly for tourists, this means that many attractions are closed throughout the day. Unfortunately, the non-stop pace of modern industry means that fewer and fewer office workers are able to benefit from a midday snooze.

Take a stroll through Oslo, Helsinki or another Nordic town, and you might well see some infants taking a nap in temperatures as low as -5 degrees Celsius. Don’t worry – they haven’t been abandoned; sleeping outdoors in the daytime is actually believed to be very good for their health. Could local office workers take some inspiration to increase their productivity?

Stresses of work getting you down? The ominously named ‘fear sleep’ might be the solution. Locally referred to as “todoet poeles” – the practice of fear sleep enables people to nod off instantly to avoid feelings of excessive anxiety and stress. Nodding off when your boss walks in might not be the best solution, but regular naps could well help avoid work-related worry.

Botswana – Sleeping on your own schedule

You should sleep when it’s dark, correct? Not quite. At least, not in Botswana. The country’s native Kung hunter-gatherer tribe are well known for sleeping only when tired, regardless of the time of day. With an increased uptake of flexi-time, rise in self-chosen hours and growth of contract-based work, could businesses be embracing the way of the Kung sooner than we think?

Though it’s not a national custom just yet, sleeping on the job is widely being embraced by some of the USA’s biggest employers. Technology and software companies are leading the napping revolution, with firms like Google going so far as to have purpose-built sleeping pods installed in their offices to help employees rest and refresh.