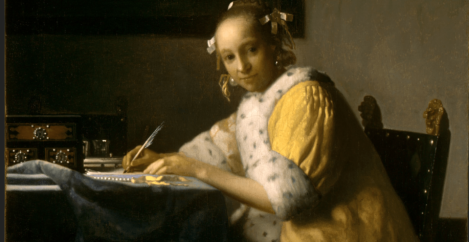 Some brutal realities about the future of work 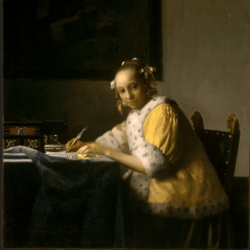 They’re moving in … to get away from other people. Even people like themselves

This impulse is something we need to be aware of in our conversations about the role of work in our lives. It’s not talked about enough right now and we need to be aware of it at a time when social media is already marooning us from other people and their realities. There are signs already that we are disconnecting as a result of lockdown, as a large scale study from France shows. This cannot be our vision of the future of work.

Even those now returning to work can feel disconnected from each other and more hostile in each other’s presence. This hostility linked to isolation can manifest in some very bad ways indeed, as this piece in The Guardian demonstrates, before exploring the ways out of the challenges it raises.

The subject of isolation is explored in typically excellent style by Dror Poleg in this piece which draws parallels between our online bubbles and those that are forming in the analogue world.

These are serious concerns as firms look to abandon the business districts of major cities in favour of more local work settings. Steve LeVine looks at the possible impact on Silicon Valley here, especially how quick tech firms have been to discard the idea of serendipity that has been one of their drivers for many years without any clear idea of what might replace it.

When Florence declined in the 16th century, it was not replaced by another concentration of artistic genius. The world simply went without

It’s also clear that video calls and meetings, despite their utility, will never let us grasp the vitality offered by the nuances of face-to-face conversation, being able to read people’s body language or forge multiple human connections during our workday.”

He is raising another issue that tends to get overlooked in much of the current debate about remote working and the future of work, namely that not everybody’s experience of it is the same. In the UK, the debate is typically and tiresomely framed around London, and often around the tech and finance sectors.

The reality for an awful lot of people is that they don’t have space for a desk, never mind a spa

So, while an article in The Times might quote a trader extolling the virtues of working from home because he can be in his swimming pool by 5pm, the reality for far more people is that they don’t have space for a desk, never mind a spa. These people don’t miss the idiocy of the daily commute, but they are being asked to replace it with something equally soul destroying.

They are the victims of some of the shaky notions we now have to contend with in these conversations about the future of work. Most obviously these centre on the tedious and daft idea that we are seeing the end of the office in its entirety. I understand that many of these features then go on to suggest that the office will continue to exist in a different form, but it’s the headlines that pollute the narrative and spawn the clichés.

These then erupt to the surface in the form of pustulent stories such as the one about how remote work will lead to the deformation of people into pyjama clad gargoyles, suspiciously similar to those that would inhabit the office in the worst workplace story from 2019. Somebody else can speculate why both of these grotesques are women.

We are also seeing the proliferation of design ideas for the home office that should give HR departments and ergonomists conniptions. There are several explosives ticking away underneath the sudden shift to remote work. Litigation for physical disorders is one of them, alongside the surge in mental health issues and the cost to people of firms using their homes as offices.

We must hope that better informed and more nuanced narratives prevail as we discuss the future of work. So stop reading nonsense in that awful rag The Independent and anywhere else that talks about the new normal and the death of the office without irony. Instead go straight to the sources of better ideas. Listen to this podcast. Read this article. Most of all, escape the bubble, descend the high-rise, get out of your own head and spread the love. And wear a mask.