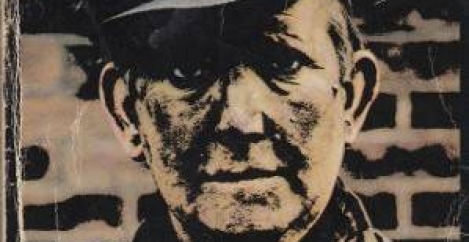 Stressed, ignored and knackered – the lot of British workers in 2018 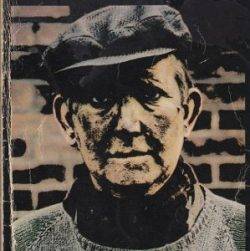 Workers in Britain feel that they are working harder than ever before, new research reveals. The Skills and Employment Survey, a joint project between Cardiff University, University College London and the University of Oxford, has been researching the views of workers since the mid-1980s.

The latest statistics from the study, which releases findings every five years, showed almost a half (46 percent) of those questioned strongly agree that their job requires them to work very hard compared to just a third (32 percent) of workers in 1992.. The proportion of workers reporting that they must work at very high speed for three-quarters or more of the time rose by 4 percentage points to reach 31 percent in 2017, its highest level since 1986.

The worst affected jobs are in the public sector

School teachers in state schools top the list of employees who view their jobs as making them work very hard. A remarkable 92 percent of teachers strongly agreed that their job requires them to work very hard, up from 82 percent in 2012.

Nurses are not far behind. Like teachers, their perceived work intensity is much greater than for other professional workers. In the 1990s, 55 percent of nurses strongly agreed that their job required them to work very hard, but this had risen to 70 percent between 2012 and 2017.

Francis Green, Professor of Education and Labour Economics at UCL Institute of Education’s LLAKES centre, said: “Work intensification commonly comes about from new technologies, which make it possible to fill up idle gaps in the working day and pile on the pressure. But in the case of teachers and nurses the explanation is simpler: the intensification of their work comes from increased workload having to be completed during the time available for work.”

He added: “The survey’s findings about teachers confirms the necessity for the government to take action to address the problem of work overload, which is a major reason for low teacher retention and hence a drain on our teacher training resources.”

A question of quality

The study also reveals further significant changes in job quality between 2012 and 2017. Task discretion – the extent to which people can influence what they do in their daily work – is the type of participation which has the strongest connection with employee well-being and motivation. Unfortunately, task discretion has fallen once more, having already dropped considerably during the 1990s. There was a 3 percentage point drop in the proportion of workers saying that they have a great deal influence over what tasks they do and a 5 percentage point drop in the level of influence they have over how to do them.

On the positive side, by contrast, job insecurity has fallen sharply since 2012 with the percentage reporting an evens or higher chance of job loss dropping from an all-time high of 18 percent in 2012 to an all-time low of 9 percent in 2017.

Nevertheless, more work intensification and reduced job control in combination is a well-known recipe for “high strain” jobs, which can cause workplace stress. The survey finds that high strain jobs have become more prevalent. For women, the proportion rose by five percentage points between 2012 and 2017, leaving one in five women at an elevated risk of stress. For men, the jump of four percentage points, up to 15 percent of jobs, took place between 2006 and 2012. Among school-teachers, 28 percent were in high strain jobs, and 72 percent reported that they always or often came home from work exhausted.

‘Work Intensity in Britain’, one of the three reports published, says, that if employers “want to encourage an engaged and committed workforce, it is important to design jobs flexibly, providing adequate support and allowing more participation and task discretion.”

The findings also show that:

Professor Felstead added: “Job security has improved significantly over the last five years with the fear of job loss at an all-time low. However, insecurity has not gone away, but may have taken a different form with 1.7 million workers reporting anxiety about unexpected changes to their hours of work – a figure 2 ½ times the estimated number of workers on Zero Hours Contracts.”

There is a lot of discussion about the quality of all types of jobs at the moment. So, if you would like to see how your job compares with others in terms of its intensity, discretion, security and many other features, go to www.howgoodismyjob.com where you will find a job quality quiz based on the survey.”

The Skills and Employment Survey 2017 (SES), carried out by researchers from Cardiff University, UCL Institute of Education and Nuffield College, Oxford, obtained its information from a representative sample of workers in Britain. A total of 3,300 workers, aged 20 to 65, were interviewed for the research, which is funded by the Economic and Social Research Council (ESRC), the Department for Education and Cardiff University.

Main image: cover of 1962 edition of The Road to Wigan Pier by George Orwell

London office demand bolstered by tech media, financial and serviced sectors How to measure the impact of biophilia on individual performance