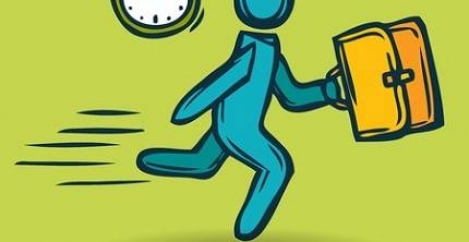 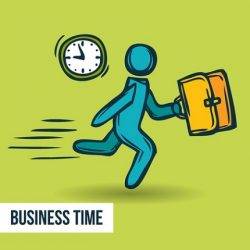 Employers can implement simple changes to reduce fatigue while raising worker productivity, a new academic study suggests. Research published by Manel Baucells from the University of Virginia Darden School of Business offers some useful insights for today’s workforce in overcoming fatigue while at the same time raising productivity. The paper “It is time to get some rest”, co-authored with Lin Zhao of the Chinese Academy of Sciences in Beijing, looks at how workers’ efforts can be best distributed throughout the day. The study’s implications affect not only our health and quality of life, but business and the economy too. “The bottom line is, when it comes to rest and managing fatigue, the incentives of companies and workers are perfectly aligned: Reducing fatigue increases productivity, lowers the cost of providing effort, increasing work satisfaction, lowering turnover and absenteeism, and ultimately increasing profits,” said Baucell. “Google seems to have learned this lesson and makes the work environment pleasant, promoting fun distractions, while at the same time encouraging long work hours.”

Using the performance data of athletes and swimmers in time trials, in which the best swimmers don’t continuously swim their fastest in a race, a workplace parallel is drawn between an employer insisting that employees maintain a high pace all the time.

To gauge how workers’ efforts are best allocated over a single workday, Baucells and Zhao developed a ‘fatigue disutility’ model, made up of two types of effort patterns determined by the nature of the work.

In jobs which work can be modulated, adopting a high-low-high ‘analogue’ effort pattern was found to be the best way to manage fatigue. “The idea is to begin and end the day with maximum intensity, but take it easier in the middle,” said Baucells. “For long work days, we should go marathon style: the duration of the maximum intensity will be short, and the idea is to keep a moderate steady pace during the day.”

This ‘analogue’ pattern contrasts with a vicious cycle in which some workers may find themselves. For those who start out slower (perhaps because they didn’t sleep much the night before or never took a break after the last project) and proceed in a low-medium-high pattern, the termination period will have to include such a high level of effort to make up for the slower start that it leaves workers too fatigued to start the next project at a high pace. So the pattern continues.

In some jobs, effort cannot be modulated. Workers operating a machine, or attending to customers at a retail store or restaurant, or performing mental tasks that require constant concentration, like marking exams, must be either working 100 percent or taking a break, but they cannot work at 25 percent. In this all-or-nothing ‘binary’ case, Baucells and Zhao show that the best distribution of effort is for workers to begin and end the day with ‘On’ periods, but take breaks during the day. “Far from unproductive, such breaks should be seen as investments in future productivity, because they actually smooth out the fatigue level and recreate the “take it easy” portion mentioned above,” said Baucells.

Take the example of marking exams, a task that requires consistent mental concentration and effort. Using reasonable assumptions on fatigue and productivity, Baucells and Zhao show that, in their experience, working without breaks for 10 hours results in 15 exams graded. Allowing for three breaks, Baucells and Zhao find that the optimal plan is to work for two hours, take a 45-minute break, work for 105 minutes, take another 45-minute break, work another 105 minutes, take another 45-minute break and end the day with another two straight hours. Following this plan, the total working time drops to seven hours and 30 minutes, while the total output increases to 19 exams marked. The lesson is clear: optimal breaks reduce work time and increase output.