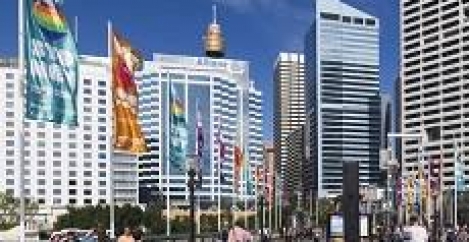 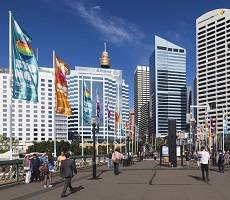 If employers want to attract the best, they need to create spaces where their staff want to work, because providing an inspiring and enjoyable office is now the most critical, cost-effective way to successfully attract the world’s most talented employees. Knight Frank’s Global Cities: The 2016 Report highlights a shift in thinking by the newest generation of workers who expect the same kind of environment which historically, was the preserve of technology and media firms. This new office combines collaborative spaces with individual work areas, as well as providing amenities that encourage people to think of work as an extension of home. Sydney is leading the way with just under a third (28 percent) of all offices already offering activity-based working (ABW) for employees, where the workspace is specifically designed to suit the whole range of activities which will be accommodated.

As the way that people work continues to change so do their workspace needs.  From the reconfiguration of the traditional office layout to encourage interaction and collaboration, to reducing the number of desks per head to capitalise on efficiencies, the modern office is in a period of flux.  By embracing ABW companies are often able to take on a lower multiple of space in relation to total headcount.  This smart planning in turn delivers highly efficient and more productive offices which then means organisations can choose to remain based in more expensive CBD areas.

The report reveals that office relocations are very much back on the corporate agenda as firms are increasingly using their offices as a means of controlling a far bigger business expense, namely, staff attrition.  It has been estimated that for specialist or executive staff, the cost to a business of losing them is the equivalent of 150 per cent of salary.

Most professional workers earn far more than $54,000 US dollars, with the average newly qualified commercial lawyer earning $91,000 (£59,278) – according to recruitment firm Michael Page – suggesting a replacement cost per worker of nearly US$137,000 (£89,242). Using the example of a newly qualified lawyer in the City of London, their staff attrition cost is nine times greater than the cost of their work space.

Andy Bugg, Head of Workplace Consultancy at Knight Frank, commented; “We are seeing firms take a longer-term view on investment in their office space in order to meet the expectations of the newest generation of employees.  More and more the perception of the office as a business expense is shifting as firms see the value in leveraging office space as a tool to inspire and energise their staff.”

“When losing staff is so much more expensive than renting office space, it is little wonder that more firms would rather invest a little more in a high-quality, well-located office that keeps employees happy at work.”

Global Cities : The 2016 Report also highlights that while office space remains at a premium worldwide, some cities are more equal than others.  The report looks at the ratio of office space allocated to a boss when compared to their support staff.  In Sydney, both the boss and the PA are given equal billing when it comes to square footage.  London and Shanghai both see bosses receive almost twice as much space as their team with a ratio of 1.9 : 1  In contrast in Hong Kong the boss is given a whopping four times as much space as members of the support team.

The report highlights the challenge facing cities, particularly in Europe where historic buildings don’t easily lend themselves to the new contemporary layouts.  While the appetite for new-style office space exists, change will only happen as and when leases expire.  Will companies be able to keep pace with the newest employee expectations?

The benefits of staying central

In choosing to retain CBD space a firm can continue to tap into the city centre infrastructure.  Beyond the office, organisations benefit from access to coffee shops and restaurants, sports and cultural venues that facilitate informal meetings, networking and entertainment spaces.  Access to these types of amenities is frequently lost in a move out to a business park.

Global Cities: The 2016 Report sets the context for investors by saying that five new cities, each the size of Los Angeles, will need to be built every year for the next five years to accommodate the expected 380 million new city dwellers. The report predicts that the number of people moving to cities over the next five years will be more than three times the current population of Japan, as they try to make the most of the economic advantages cities increasingly deliver.

Global Cities: The 2016 Report is available in full from here.