Tech and media companies continue to reshape the world’s cities 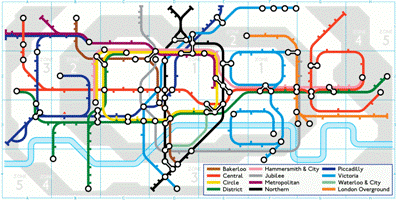 Tech and media companies continue to shape the world’s cities and local property markets according to a recent report from BNP Paribas. While this is a global phenomenon, some of the most dramatic developments will take place in London, not least a shift of tech firms in the city away from their heartland towards Kings Cross following Google’s $1bn purchase of 2.4 acres of land within a major new development in the area. The new development may become a hothouse for technology companies in spite of the UK Government’s focus on promoting Tech City and surrounding areas in East London.

Within the Ile-de-France region, which includes Paris, the TMT sector occupied 5% of the 20,000 sq ft plus market during the same period of 2012, securing more than 495,139 sq ft. However, a large amount of TMT companies are start-ups, so much of the smaller space will also be occupied by this sector.

Looking ahead, the report predicts that sector will continue to grow; with 54% of London TMT firms expecting to increase headcount over the next three years, which translates to an additional 1.2m sq ft of demand above the sector’s current average take-up through churn. In total, TMT sector UK office take-up is forecast to reach 4.65m sq ft by the end of 2014.

According to the research, London was ranked by TMT professionals as the world’s second most important TMT centre behind New York, but ahead of Los Angeles, Paris, Hong Kong, Berlin and the Silicon Valley.

BNP Paribas Real Estate’s MD of Central London, Dan Bayley said: “The growth in the significance of TMT in Europe is set to further increase. This is good news, as TMT companies step up to fill part of the gap left by financial services firms. Interestingly, the research shows how this key occupier group identifies with emerging locations / satellite markets within London and Paris, as they tend to base themselves within flexible, edgy and modern office space. However, elsewhere in Europe locational preference varies but the preference is still for buildings, particularly in Spain and Italy, that are good value and well-connected both in physical transport and telephony terms,” concluded Bayley.

Inevitably this has led to pressures in the market as we reported here.  One possible outcome in the case of London is for there to be a significant shift in the hub of technology firms away from the galloping increases in property prices and paucity of supply of appropriate spaces in Old Street and Tech City to follow Google to a new area around King’s Cross.

Whatever the office of the future is, it should be there to serve people Video: demolishing a building from the inside