The engaged employee remains as elusive as ever, claims global Deloitte report 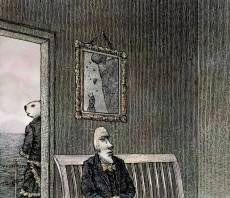 © Mahendra Singh, from The Hunting of the Snark

To describe the truly engaged employee as elusive would be something of an understatement. It seems as if the more firms strive to engage with the people who work for them, the less engaged they become, like somebody responding to the gifts and attention of a needy and increasingly creepy lover. A new study from Deloitte frames the paradox. The Global Human Capital Trends survey of 2,500 organisations from around the world found that as they pursue policies to engage employees, they also exhibit a startling inability to do so. Regardless of what they try, they struggle to attract and retain the right people and are all too dispiritingly aware of their ability to create a compelling and engaging brand. The findings back up those of a worldwide Gallup report published last October which found just one in eight employees feel committed to their jobs and able to make a positive contribution.

Other findings of the Deloitte Report include:

If true, this might explain why according last October’s Gallup poll of 230,000 workers in 142 countries, less than 180 million people worldwide are engaged, which the report defines as enthusiastic about and psychologically committed to their jobs and likely to be making positive contributions to their organisations. Around a quarter of those polled are said to be ‘actively disengaged’ which means essentially they hate what they do for a living.

So what is going on? The Deloitte report claims that one of the most significant underlying factors is the changing expectations of staff. It cites one HR manager as suggesting that staff no longer want a job, they want an experience. Which means not only that they would like their work itself to be meaningful, but that it has to incorporate lifestyle elements to make it more rewarding. Many would prefer to work in creative roles and for startups, especially those categorised as ‘Millennial’.

However, the survey also highlights the now familiar notion that people are simply fed up with the amount they are asked to do. Two-thirds of those surveyed claimed to feel overwhelmed by work and unable to ignore the things that tether them to work. Those with smartphones and other mobile devices check them an average 150 times a day. Little wonder that 80 percent of men surveyed would like to work fewer hours.

What this suggests is that the problem is not only with the nature of work within individual organisations but with underlying attitudes towards it both at an organisational and individual level. Not least this means examining our relationship with the unblinking tools we use. The pursuit of engagement might be futile unless we understand exactly what it is we are looking for.

…….From The Hunting of the Snark by Lewis Carroll

Might a lack of joined-up thinking undermine UK high-tech ambitions? The latest issue of Insight is now available to view online