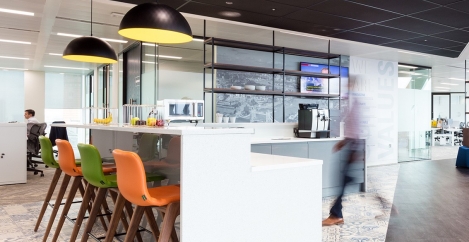 The era of work personalisation is upon us 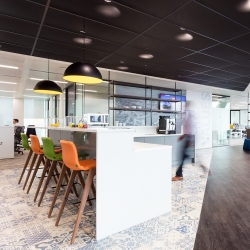 You may have heard it said  that any idea repeated often enough develops some form of legitimacy. We’ve had plenty of reason to reflect on whether this notion is true or nor over the past year, especially as all-encompassing pronouncements about the future of work have proliferated and intensified. The problem is exacerbated by the fact that around 80 percent of people only read headlines. This can be a particular issue when you see a headline like The Death of the Office Desk is Upon Us above an article that suggests the death of the personal desk is upon us, when the reality is rather more about the personalisation of work.

The Wall Street Journal should really not be doing this, because it is the headline that enters the mainstream consciousness more than the nuances of the article. The end result can be laundered ideas that gain a patina of truth through unquestioned repetition; an idea explored in this piece from The British Psychological Society.

The past year has thrown up a number of examples of this, most notably in the idea of the ‘death of the office’. This normally goes hand in hand with an example drawn from a Big tech firm that ignores the details of the working policies they have actually announced, not to mention the fact that a firm like Amazon has recently unveiled its plans to create nearly 3 million sq. ft. of office space at its new US headquarters.

The truth is that people will always want to come together to work. That won’t change. What will change is the way in which that happens and also the places in which it happens. That is why we have argued that this may be something of a new and fascinating era for office design and working culture.

The challenge for organisations is to offer people the technology, spaces and cultures that allow them to work in the right ways and strike the right balances for themselves as individuals and adapt them over time.

The office will continue to play an essential role in this, but that does not mean it won’t change. Nor does it mean that the way it is talked about is not also susceptible to over-simplified ideas. Perhaps most important is the idea that the office will be a place dedicated only to collaboration. There is an awful lot in this, but it doesn’t apply to everybody and in the same way all the time. A well-designed office can offer people a refuge from the distractions of home life too.

The limits of proximity

Nor should we assume that we can optimise collaborative work simply by putting people together in a building. A lot of this assumption rests on the pioneering work on proximity and communication carried out by Tom Allen and his colleagues at MIT.

Allen is mostly commonly associated with The Allen Curve, which he introduced in his 1984 book Managing the Flow of Technology. The famous curve that bears his name graphs his research findings, showing a negative correlation between physical distance and the frequency of communication between colleagues. So precisely can this be defined, that Allen found that 50 metres marks a cut-off point for the regular exchange of certain types of technical information.

The building was gaining a more prominent, but different, role

Of course all of this was pre-Internet, so in 2006, Allen co-authored a book called The Organization and Architecture of Innovation with German architect Gunter Henn. The book explores how physical space, social networks, flows of information and organisational structure must be integrated to drive innovation.

What it finds is that far from lessening in importance, the building was gaining a more prominent, if different role and that the physical distance between individuals is an essential element in the development of working relationships and the way ideas and information flow. Physical space is integral to innovation.

The book makes the following point based on its research: “Rather than finding that the probability of telephone communication increases with distances, as face to face probability decays, our data shows a decay in the use of all communication media with distance. We do not keep separate sets of people, some of which we communicate in one medium and some by another. The more often we see someone face to face, the more likely it is that we will telephone the person or communicate in some other medium.”

This is likely to be more or less true even with the communication tools at our disposal now. Certainly, the growing fatigue with communication mediated entirely by technology has worn thin, even as we acknowledge its usefulness and functionality.

Quality and not quantity

This points to another important consideration when we consider how to personalise work and create collaborative work environments. We must pay attention to the quality of our interactions with each other as well as their quantity.

This too appears to be hardwired into us and so we shouldn’t expect to mechanise them entirely. In the 1950s, the psychologists Leon Festinger, Stanley Schachter and Kurt Back – like Allen, of MIT – found that people who lived on the same floor of a building typically had closer friendships with each other than with those who lived on a different floor. The relationships were also affected by how people interacted in shared spaces such as stairwells.

It is a point backed up in a new study from Rosica Pachilova into the way staff interact with each other in hospitals. Crucially, she found that “walking around hospital wards is a contributing factor to informal face-to-face interactions and that the hospital ward corridor plays a key role in shaping these types of conversations.”

In short, important forms of communication happen between spaces and not just in them.

This work has important implications for the way we design spaces. The design of offices must take account of the way individuals function and interrelate with each other. It must work to personalise the experience of day to day work and personal interactions. And it must bring people together in shared goals and bonds.

This is not just about proximity and the role of the office in offering collaborative spaces, it is about how people work together and how we can improve the quantity and quality of their interactions. As part of a wider idea of the workspace that can be by turns digital, remote, private, public and interpersonal we have the chance to offer people a personalised experience of work.