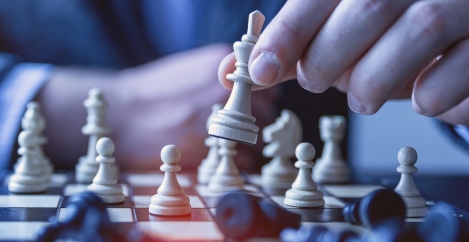 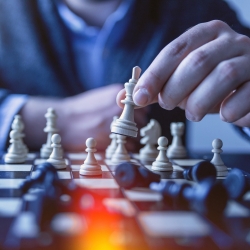 A report released by Peak, an Artificial Intelligence (AI) company, claims that two-thirds (67 percent) of CEOs and other C-suite executives in the UK have experienced ‘decision paralysis’, defined as an inability to make or decide on a solution or course of action usually caused by over-analysing or overthinking a situation.

With the quality of decision making at a premium in the wake of evolving consumer demands, the continued e-commerce boom and the global pandemic, the choices C-level executives make now will determine how quickly they bounce back or whether they recover at all.

Peak’s inaugural Decision Intelligence Report 2021 set out to provide UK businesses with a clearer and deeper understanding of the factors that affect decision making at senior levels and identify areas for improvement. The report surveyed 500 participants sitting in both C-suite executive and founding roles in business across the UK, ranging from SMEs to companies turning over more than £25 million annually.

• Almost two-thirds of C-suite executives (64 percent) admitting that decision making is now more complicated than ever before
• Around half (49 percent) disclosing that decision making takes too long within their company and that they had recently delayed making a big business decision until it was too late.
• 54 percent also claim they regret having made a major business decision.
• Most (67 percent) of UK business leaders are starting to adapt to the ever-changing world of work and admit to having evolved their decision making process in the last five years.
• 57 percent of C-suite executives say ‘real change in their business is stifled by red tape’.
• Three-quarters (73 percent) of C-suite execs say developments in AI will be part of the most important innovations in the next 50 years.

“Making the right call at the right time has never been more important.”

When asked to identify some of the root causes of decision paralysis in their businesses, 60 percent of the participants pointed to outdated processes and operations that needed to be unlearned or overhauled.

Richard Potter, co-founder and CEO at Peak, commented on the findings: “Despite businesses having more data at their disposal than ever before, it’s clear from our report that decision making is harder than ever. The last year has been an immensely tough time for business and making the right call at the right time has never been more important. Luckily, we’re now in a technological era where AI can help make decisions alongside us.

“We believe that AI can fundamentally change how we make decisions and is uniquely placed to help us make the most of the vast and complex data at our disposal and make decision paralysis a relic of the past.”

The era of work personalisation is upon us UK tech jobs declined in 2020, but AI, cloud and robotics skills are on the rise