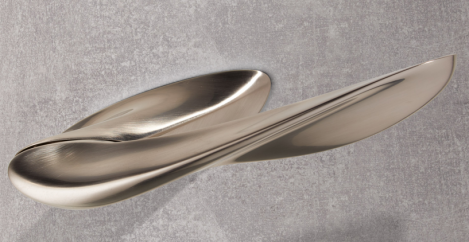 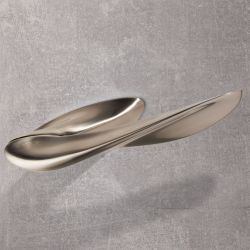 Architects and designers have always a had a thing for door handles. It’s the kind of detail they like and one of the most genuinely tactile features of a building. Architects from Frank Gehry to Zaha Hadid have worked on the designs of door handles for manufacturers. It was the Finnish architect Juhani Pallasmaa who described the door handle as ‘the handshake of the building’ in his architectural theory book?The Eyes of the Skin: Architecture and the Senses in 2005. This was cute before last March but now looks slightly menacing.

Inevitably, a new generation of door handles are being introduced into this new era of mysophobia. They include Swiss tech company Tweaq’s self-disinfecting aluminium door handle, which the firm claims can eradicate pathogens in their millions.

It will be interesting to see how our interactions with the tactile elements of buildings and our fellow humans will change (or not) as we begin to share space with them more often. This may manifest in small and unexpected ways.

For example, even before the pandemic the specification of two seat sofas in shared space and receptions was subject to our inbuilt rules regarding personal space. People often treat them as single seats and most would not want to share one unless absolutely necessary or alongside somebody with whom they had an established close relationship.

The same principle applies to men’s urinals. Most men tend to leave an empty urinal between themselves and a neighbour. Those who transgress this unspoken rule may make other people uncomfortable or stressed. This behaviour has even been the subject of academic study, including a 1976 paper in the Journal of Personality and Social Psychology called Personal Space Invasions in the Lavatory.

We ignore this stuff at our peril. It has potential implications for both our psychological and physical wellbeing.

There may even be some unintended consequences of products such as self-disinfecting door handles, if they act as a persistent reminder to us that our fellow humans – and the horde of microbes they walk around with – are a potential threat.

The first step to overcoming this may not be a handshake or a hug with an old friend, but holding the door open for a stranger and not worrying what’s on them or the door handle.