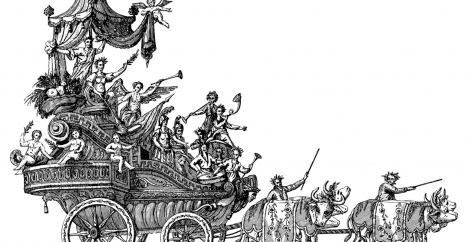 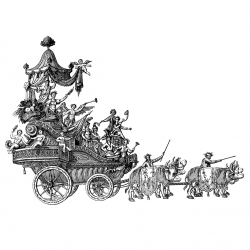 The great bandwagon of bullshit that is the home v office debate looks set to trundle into a third year. What is increasingly obvious is that it is the mainstream media that is holding the reins and refusing to release them. Here’s a BBC story from this week that doesn’t exactly mischaracterise the Microsoft report on which it is based, but does place the emphasis where it doesn’t need to be. The binary headline doesn’t help, of course, except to launder the idea and drive a needless wave of social media chatter.

It’s worth reading the original report, which offers a broader, more positive and nuanced look at the issues involved, not least in the challenges some managers need to address in order to enjoy the opportunities they have been offered.

That some of the media have ignored several of the possibly more interesting facets of this report is telling. The tired but compelling home v office narrative can drive the impulse of editors to go with it, but the dangers of buying into endlessly repeated scraps of misinformation is set out in this piece from MIT here.

Elsewhere, and more encouragingly, there is some great research coming out that highlights the complexities of The Not So Great Workplace Debate and challenges some of the fleeting media fixations that ride alongside it.

The Great Resignation looks like it has been memory holed along with The Death of the Office. But it had a run of a good few months, which is considerably better than Quiet Quitting which is already being rubbished after just one or two. It has been called worse than nonsense in the FT, and as quaint by Andrew Spence.

Shade continues to be thrown on the Metaverse, and not just because of its CBEEBIES aesthetic and lack of clear benefits. This article in Bloomberg asks why so many companies are appointing Chief Metaverse Officers on vast salaries right now, and also what these people actually do all day. This at least is one to watch because so many people are convinced it will be a game changer. Right now the article cannot explain the phenomenon beyond FOMO.

One sign that things are getting back to some sort of normal is an article in the New York Times trashing the open plan office. Proper made my cold heart swell with the warmth of nostalgia, and no mistake.

Elsewhere, German and American researchers have challenged the ongoing obsession with generational differences in this paper. More than that. They describe their own paper as an obituary for the whole idea.

“We recognize that there exists a strong pull, especially from organizational consultants and the popular business and management press to keep the idea of generations afloat. The simplistic appeal of generations will be difficult to overcome, however, as science often moves slowly and incrementally. Planck’s principle offers that “science progresses one funeral at a time”. In our eyes, based upon the amassed evidence that speaks to the contrary, there really is no debate to be had about the status of generations. Put simply, the time is now to bid adieu to the concept of generations as a means for understanding human behavior. Rest in peace.”

Although if they think that will stop it, they’re wrong.

Elsewhere, another heresy can be found in a research paper from Maria Karanika-Murray and Caroline Biron. It finds that presenteeism can actually be positive for people and organisations.

“The substantial health and financial costs of presenteeism are well-documented,” they write. “Paradoxically, presenteeism also has a positive side, which has been largely overlooked. Emerging evidence shows that presenteeism can be a choice that offers a range of positive benefits to the ‘presentee’ (an employee who works through illness).”

Finally, it is clear that the discussion about creativity and innovation in the new era of work is set to run and run. This is a complex issue, in part because the terms creativity and innovation are used interchangeably when they mean different things. If you want an idea, walk the dog. If you want to do something with it, you will almost certainly need to involve other people. Possibly by meeting them or working alongside them.

Two pieces have caught my eye this week on the issue. Some of the complexities are outlined in this piece in Fast Company. And Erik Brynjolfsson summarises his paper on the paradoxes and strengths of weak ties in this Twitter thread.