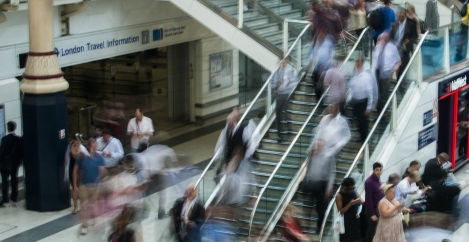 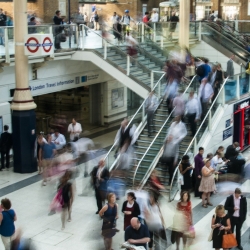 While workers in the UK have been working from home, if they can, for almost a year, a third say they miss commuting, claims research from recruiter Randstad UK. The HR services company asked workers, having worked remotely for almost a year due to the pandemic, how they viewed commuting and physical meetings in retrospect.

Victoria Short, CEO of Randstad UK said: “We were expecting almost everyone to say that they already looked back upon commuting and the endless slew of physical meetings – in the same way most people view the practice of dressing for dinner in the 19th century. But almost twice as many people miss business travel than think it looks outdated. The chance to decompress on the drive home, reading a book on the train or watching netflix while having a couple of train beers – or the chance to get away from the nightmare of home-schooling and have some free biscuits – is clearly valued more highly than the time people win back by working from home or the benefits or choosing when you work. Working remotely also appears to be damaging people’s mental health to a degree.”

The research was unveiled at a webinar hosted by Ranstad on The Death of the Office with guest speaker, Rory Sutherland – the vice-chairman of Ogilvy Group UK and writer of The Spectator’s Wiki Man column.

Rory Sutherland said: “We have made exceptional non-medical discoveries during lockdown as the pandemic has given an external jolt to network technologies like Zoom. By being forced to adapt simultaneously, we have discovered better forms of collective behaviour which might never have emerged independently. I was an early convert to video-conferencing, yet even I was astounded at the extent to which the world can function remotely.

“Workspaces will bifurcate into places that are genuinely sociable places”

“Although clearly we aren’t there yet, I think we may eventually look back upon commuting and the endless slew of physical meetings as a time-consuming and costly ritual undertaken in the bizarre belief that the world would end if people no longer performed it. Currently, working remotely is something that is being dictated to workers by the government and their employers; we may feel differently once we all have a choice.

“In the longer term, if you don’t need to live near a big city, you may be happier elsewhere. No one has really had the choice to enjoy that benefit yet as this national experiment with remote working has only been going on for 11 months. As a result, we may see a boom in house prices in market towns, rather than mega-cities like London and within 10 years. Season tickets may also become a thing of the past as people commute into cities twice a week, rather than every day – as will London-weighting. It may also help raise the average age of retirement as older employees can cut out the commute without having to give up work.”

The employees that Randstad polled reported a slight dip in their mental health, too. With 25 percent saying their mental wellbeing had improved while working from home and 27 percent saying it had deteriorated. Almost half (48 percent) said it was unchanged.

Victoria Short said: “This is a weak victory for the office and probably has a great deal to do with people being forced to work from home rather than having the option to do so. Outside the pandemic experiment, we think there is probably a net mental health benefit from remote working. In the future, the nature and the design of the office may well have to change as the workplace starts to compete with the benefits of working from home. As employees no longer feel the need to be confined to their workplaces, any employer who wants to retain their staff won’t be able to mandate five days in an office.”

The webinar also addressed the future of the workplace – from the demand for offices to the architectural and interior designs of floor plans.

Victoria Short said: “In the future, the nature and the design of the office may well have to change as the workplace starts to compete with the benefits of working from home. And as employees no longer feel the need to be confined to their workplaces, any employer who wants to retain their staff won’t be able to mandate five days in an office.”

Rory Sutherland said: “Organisations are likely to need less square footage as people work remotely more often. But the style of an organisation’s office, quite apart from its size, will also change. Demand for super-premium, high-end office space may rise while demand for average, boring office-space – especially in London – is likely to fall away. We may well also see the death of the open-plan office. Open-plan offices are terrible environments for introverts – who hate the noise – and for extroverts, who don’t feel able to have genuine conversations for fear of annoying colleagues. Open plan offices also drive up the use of email – and emails can be sent from anywhere. Workspaces will bifurcate into places that are genuinely sociable places – facilitating conversation, generating serendipitous encounters, and helping teams celebrate – and libraries where people can work in perfect peace.”

Working from home: Hours up

Randstad’s research also suggests the number of employees working longer hours while remote working outnumbered the number working fewer hours by a ratio of five to one.

Victoria Short said: “For employees, one of the downsides of remote working is the fact they are having to put in more hours than they used to in the office. This could be because there are fewer distractions at the office than there are at home, with spouses or children demanding attention – or it could be that the incredible number of lay-offs in the last 12 months or so has meant many employees are having to pick up work that colleagues would be doing had they not been made redundant.”

Rory Sutherland said: “VPN network analysis shows people starting work earlier and working later. But it also shows people taking a break in the middle of the day. When remote working returns to being an option, rather than an order – the choice of when and where to work could become welfare-enhancing. And that could help mental health.”

Philanthrocapitalism: a century-old concept for the modern age There is always a brighter side to uncertainty in business