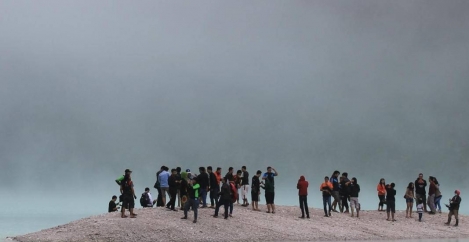 The pursuit of happiness, lumpy tech, space science and some other stuff 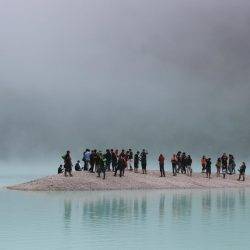 Underlying most of the stuff you read about the workplace is the quest for happiness. Indeed happiness has become something of a preoccupation for those pondering the issue at the apex of social and economic thinking, as epitomised by Gallup with its latest World Happiness report. As always, the Gallup report stumbles over definitions of happiness, often using the word interchangeably with wellbeing and stuffs it with other ideas without explaining how or even whether they contribute to happiness.

In a workplace context the idea is equally problematic so we might prefer to use a term like fulfilment. Then again, the ancient Greek conception of eudaimonia is a better idea and a better term than either happiness or fulfilment, because it embraces both ideas and throws in wellbeing and ethics to boot.

Expect to hear a lot more about the idea soon, as pointed out in his presentation by Neil Usher at last week’s Workplace Trends summit in London, an event that offers moments of enlightenment and anagnorisis in a field usually bogged down with the repetition of received ideas and casuistry.

It is also one now defined increasingly by psychologists as Nigel Oseland points out in his write up of the event, which summarises things excellently but omitted one question raised by one of the participants (I forget whom) – which was whether we should expect work to make us happy. It’s an excellent question and all the more so for being sacrilegious to some degree or other.

I’ve addressed one aspect of the question here, based on a critique of another idea drawn from Greek philosophy (my last reference for today, I swear). For most it might appear that the meaning, if not pleasure, they derive from work is based on a wilful ignorance of what they actually do every day.

We already know quite a bit about what makes life meaningful and makes us happy. It is generally largely about being nice to other people and doing things in their service

As it happens, we already know quite a bit about what makes life meaningful and makes us happy. It is generally largely about being nice to other people and doing things in their service. As this piece in Quartz suggests, this is tied up with our connection with others as part of a recognisable community.

This idea is backed up by research from Julia M. Rohrer, a PdD candidate at the Max Plank Institute who studied a large group of Germans who said they were committed to trying to become happier. The twist was that some pursued self-improvement goals such as getting a new job or making more money, while others tried spending more time with friends and family. A year later, she found those who focused on connecting more with others were happier than those who pursued self-improvement. “Our results demonstrate that not all pursuits of happiness are equally successful and corroborate the great importance of social relationships for human well-being,” her team wrote in the study published in Psychological Science.

Unfortunately, this connection is now something of a luxury, according to this piece in the New York Times which argues that rejecting screens in favour of interactions with physical objects and other people is now something only the rich can really afford to do.

The rich have grown afraid of screens. They want their children to play with blocks, and tech-free private schools are booming. Humans are more expensive, and rich people are willing and able to pay for them. Conspicuous human interaction — living without a phone for a day, quitting social networks and not answering email — has become a status symbol.

This is, of course, a very First World problem. As this article shows, in developing nations the problem can be somewhat different. In the whole continent of Africa, just under a quarter of people use the Internet, so the challenge is how to deliver it to people, not free them from the gaze of its big blue eye.

One man who has made a name for himself highlighting the lumpiness of the digital revolution and its effects is the economist David Autor of MIT, profiled here in The Economist. In particular it raises his challenge to the prevailing orthodoxy about the so-called Fourth Industrial Revolution and the focus of economists on the the skills and education of people rather than the tasks in which they are engaged, when they ponder the impact of new technology.

Tasks that humans handle effortlessly, like manoeuvering around furniture while tidying an office, are incredibly difficult for machines

Some tasks that are trivially easy for machines (like multiplying 15-digit numbers) are very difficult for humans. Others that humans handle effortlessly, like manoeuvering around furniture while tidying an office, are incredibly difficult for machines. The “task approach” to labour markets that emerged from this work has become a critical tool in analysing the ways in which all sorts of disruptive events affect workers.

Finally, I am indebted to Kerstin Sailer for bringing to my attention the work of Bill Hillier which dates back to the 1970s but resonates in the current day. It is now impossible to attend an event without hearing conversations about the use of data to measure and define spaces and the way people move around and interact. This is a welcome reminder that the challenges we face as humans are often eternal.

New book on the future of work argues that the office is not just surviving, but thriving How the 21st Century office was born in post war Europe