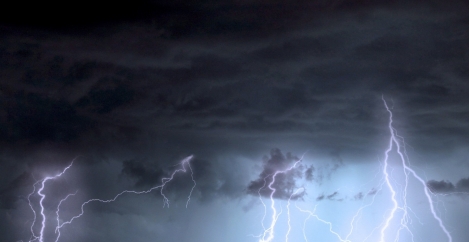 The weird science of personal creativity 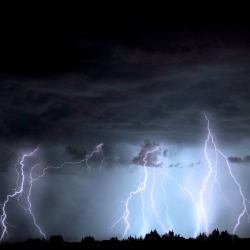 Perhaps the most famous single act of personal creativity – with apologies to Archimedes – is Mary Godwin’s moment of inspiration for the story of Frankenstein in 1816. It was born from a wet summer in a villa on the shores of Lake Geneva, largely spent with her future husband Percy Shelley, John Polidori and Lord Byron. The poor weather and isolation meant the party had to entertain themselves the best they could.

This included the telling of weird stories, prompted by Byron. After a few days unable to come up with a suitable tale, Mary had what she called a waking dream. “I saw the pale student of unhallowed arts kneeling beside the thing he had put together. I saw the hideous phantasm of a man stretched out, and then, on the working of some powerful engine, show signs of life, and stir with an uneasy, half vital motion. Frightful must it be; for supremely frightful would be the effect of any human endeavour to mock the stupendous mechanism of the Creator of the world.”

This was eventually to grow into the novel for which she is now best known, Frankenstein or, The Modern Prometheus, published two years later. She was just 19 when she completed it.

Many of the most original thinkers are habitual procrastinators

The story itself is about creation, our inability to own and control the things we bring into existence, and mankind’s hubris. But it also tells us an awful lot about the creative process itself. The story was conceived in the subconscious activity of a creative mind, driven by pressure, the presence of other creatives, the chaotic lives of the companions and – frankly – boredom.

These are all factors we now understand somewhat better than Mary Shelley did at the time. Yet her interest in galvanism, which is the premise of her work, predates the electric light bulb by many years, and her creative process foreshadowed some of the things we now know about how people come up with new ideas. Two kinds of spark.

The use of electricity as a metaphor is apt, not least because creativity doesn’t share many characteristics with productivity. We don’t have more and better ideas just by increasing the amount of work we do.

In fact, according to the business psychologist Adam Grant, it is often procrastination that can lead to creativity. In a Ted Talk, entitled The Surprising Habits of Original Thinkers, the business psychologist Adam Grant identified the challenges associated with fostering creativity, not least that many of the most original thinkers are habitual procrastinators.

It may be that too much organisation is anathema to creativity. In his 1883 novel Thus Spoke Zarathustra, the philosopher Friedrich Nietzsche, writes, “I tell you: one must still have chaos in oneself to give birth to a dancing star.” The economist Joseph Schumpeter is still best known for his idea of ‘creative destruction’. Management guru Tom Peters’ best known book remains Thriving on Chaos. Albert Einstein once said: “If a cluttered desk is a sign of a cluttered mind, of what, then, is an empty desk a sign?”

Yet, chaos might be the wrong word to describe what is going on here and it is a subject about which we need some insight when it comes to designing work and workplaces. In his book On Knowing: Essays for the Left Hand, the psychologist Jerome Bruner instead writes of the ‘antic spirit’, the ‘silent process’ of creativity and especially ‘effective surprise’ which might provide better ways of illuminating the issue.

Bruner defines effective surprise as a new way of experiencing the world, even when that involves a realisation rather than a discovery. But he also acknowledges an underlying unknowability of where ideas come from. He also uses electricity as a metaphor to describe this. “Perhaps we will understand the energies that produce the creative act much as we have come to understand how the dynamo produces its energy,” he writes.

We will need at least some greater understanding of these processes as we emerge from the pandemic. In particular, we will need to understand how being around other people energises us and creates the conditions for the creative spark, even while acknowledging that ideas can come at any time and often when we are alone and unfocussed.

This is not something that can be mechanised very easily. Familiarity and routines can help us to get things done, as we explored in a previous blog, but it is chaos and effective surprise that provide the fuel for the spark.

As Bruner says: “The machine is the servant of man, and to pattern one’s function on the machine provides no measure of dignity. The machine is useful, the system in terms of which the machines gain their use is efficient, but what is man?”

The new era of work will be defined in large measure by how well firms are able to generate the right conditions for creativity. This requires a separate conversation to the one addressing productivity and one that acknowledges centuries old lessons about the ways in which new ideas are sparked into existence.