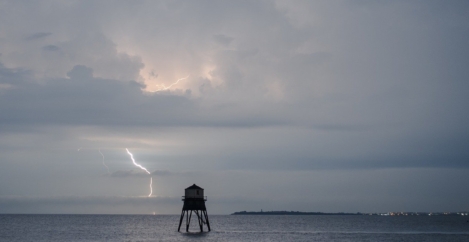 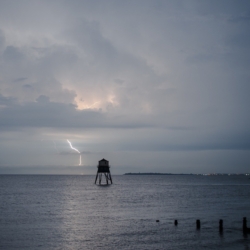 If you want to determine the nature of anything, entrust it to time: when the sea is stormy, you can see nothing clearly. Seneca’s advice from nearly 2,000 years ago still rings true.

Taken from his work Of Anger, it could have been written for a world riven by unnecessary binary choices, the othering of people who do not share the views of whatever tribe people declare themselves a member of, the catastrophisation of everything and the ascribing of evil motives to anybody who does not share their views.

It wasn’t just the Stoics who would identify all of these things as bad ideas. Much of it’s all there in the work of Hannah Arendt (particularly important if you don’t want to see a descent into a totalitarian hell) and it’s there in Cognitive Behaviour Therapy.

If it looks like the world is going mad, it might be because those most prepared to yell loudest are indulging in the kind of unhinged thinking we’ve known to be a terrible idea since AD45 at least. And they’ll yell at anybody who doesn’t go along with them precisely, not just those at another extreme.

The future of it all

All of this is apparent in the big issues that face us and also in only comparatively important matters like the future of the office and the city. Obituaries were being written for these in the earlier part of the year. It’s now apparent that these were premature and it would have been wiser to heed Seneca’s words. When things are going nuts, calm down, speak softly and wait.

That is perhaps understandable from a journalist but less so for Richard Kauntze of the BCO who makes the following statement.

“We are never going to go back how things were before. The idea that people will return to the five-day week in the office has gone, and I think a much more blended approach is likely, two or three days in the office and two-three at home or wherever is going to be a much more typical pattern.”

The truth is that quite a lot of people will be going back to the way things were before. In part because they don’t face the same sort of challenges of commuting that is the primary daily misery of people in some parts of the UK. It’s also because some people prefer the office; many people don’t want to spend more time in a digital hellhole; it’s in the best interests of many people; not everybody wants to spend more time at home, however much they love their family; not everybody spent five days in the office to begin with; and because many organisations, including tech firms, find it easier and more productive.

I’d add that we also need to keep an open mind on the now commonplace idea of hybrid working, which suggest that we should adopt a sort of shift working pattern for presence in the office.

Not only does this have the potential to introduce a differently rigid form of work that will be more appropriate for some people than others, but I also can’t imagine managers welcoming the prospect of deciding who is in the office on Mondays and Fridays. I suspect it’s relatively trivial matters like this that will sway things for many.

Fortunately, there are better and more flexible ways of doing this kind of thing. In fact, instead of hybrid working why don’t we call it flexible working® instead? You heard it here first.

If you want to see an informed take on all of this, I’d recommend a new RICS white paper authored by Rob Harris which acknowledges the tumult of this year for real estate, but remains based and able to put it all into its proper context.

This may even help the headline writers calm down about relatively mundane announcements like that from Microsoft about its working from home policy. Maybe they’ll even take note of reports suggesting that the real estate market will achieve some sort of equilibrium in time.

We might as well challenge two other myths while we’re at it. The first is an idea that has grown alongside the chatter of hybrid working; that we come to the office to collaborate and stay home to focus. But this isn’t true for everybody. For some people, it’s the other way round. And for others it’s a combination. Again, we are looking for fixed solutions when flexible working® might solve it all.

The second is the idea that we need to return to the office because we are missing inspirational watercooler moments. Neil Usher unpicks this notion here, identifying how important casual interactions are whilst highlighting how they are mischaracterised.

“The importance of these moments has been massively underplayed, while their significance has been overplayed. Importance and significance aren’t the same. Yet they’re too often lumped together. It’s driven some needless traffic on LinkedIn and Twitter, that’s for sure.”

Because they are important, this piece also highlights how firms are coming a cropper trying to replicate what they think watercooler moments involve.

Not only is this kind of thing difficult in practical terms, some firms may be trying to replace something irreplaceable, those small daily interactions with each other that can only take place when we join each other in shared space. These also have the benefit of humanising the people we come into contact with. They help us to see people and things as they really are. Mostly harmless.

Majority of U.S. employees fear returning to the workplace amid COVID-19 The office has the potential to adapt to meet new needs