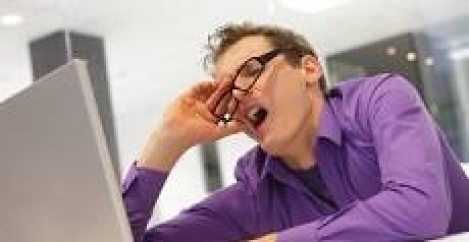 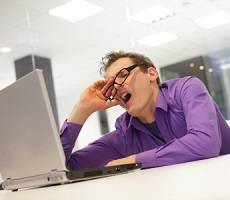 Just over a third (34 percent) of UK employees could not name a single occasion that motivated them at work last year, new research claims. The ‘Employee motivation: Who came out on top in 2015?’ report suggests that despite a quarter (24 percent) of staff saying ‘yes’ they felt motivated at work in 2015, nearly half of the UK workforce collectively felt neutral or negative feelings towards their job over the course of the whole year. The survey was commissioned by Red Letter Days for Business, to explore one of the building blocks affecting the low engagement and productivity rates in the UK – employee motivation. It found that 25-34 year olds were the most motivated at work last year, as this age group are likely to be working their way up the career ladder. And unsurprisingly, when asked what would be most likely to motivate them at work, nearly half of respondents, whatever the age, suggested a good work/life balance.

When asked how they felt about their job in 2015, employees replied:

How motivated was each generation at work in 2015? (ranked from most to least):

Bill Alexander, CEO at Red Letter Days for Business says: “It’s worrying that only a small percentage of each age group could say ‘yes’ they feel motivated at work. What’s more worrying is how little 18-24 year olds are driven – this is our workforce of the future therefore employers need to do more the nurture this talent.”

People taking part in the survey were first asked to confirm what would motivate them at work, followed by a free text box to write about an occasion they could remember that made them feel driven last year.

However, when it came to the free text box over a third (34 percent) of employees said they could not remember a specific occasion when they felt motivated by their employer.

“It’s concerning that such a large percentage of our workforces had difficulty naming a specific time when they felt driven,” says Bill Alexander, CEO at Red Letter Days for Business. “However, we must note that out of the employees who could remember an occasion the top responses fell into one of four categories: achieved, challenged, gained knowledge and recognised.”

Finally, the report explored elements that could affect motivation in the workplace such as hygiene factors and staff recognition and rewards. The results show flexibility, freedom, high quality tools and recognition are key factors that can have a positive – and negative – impact on a workforce’s drive:

Meanwhile another report suggests that 2016 may not be much better (sorry) and that the holidays themselves are likely to contribute to a bad start for the year. The study from MetLife Employee Benefits claims the idea that holidays are a time to “switch off and unwind” is rapidly disappearing. It suggests that the biggest cause of stress, identified by 43 per cent of employees, will be readjusting after taking time off. However, for 31 per cent the main worry will be catching up with work backlogs caused by having to take time off. Furthermore, 25 per cent will be battling financial pressures caused by Christmas spending.

Tom Gaynor, employee benefits director of MetLife UK, said: “Making the most of time away from work is important and employees need to be able to relax. Of course it is a bit of a shock to the system having to go back to routines after holidays but readjusting should not be a cause of stress and worry. However, it seems it is a concern for many people as they worry about catching up with backlogs at work. Workplace stress is a major issue for employers and employees and it has a real impact on business performance.”