Third of European workplaces to introduce wearable technology in 2015 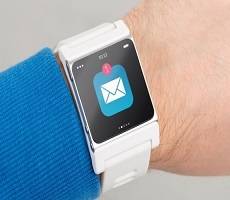 One third of European businesses plan to introduce wearable technology to the workplace next year, but the majority of organisations have yet to introduce a policy to deal with the change. A European online survey by Ipswitch to determine the readiness of businesses for wearable technology in 2015 has discovered that despite the widespread adoption of the latest BYOD devices  over the next 12 months, very little thought has been given to the impact wearable technology could have on network performance and security. In fact, over three quarters of businesses in the UK, France and Germany (77 percent) admit they have no policy for managing the impact of wearables joining the corporate network and only 13 percent of organisations report that they have a policy in place to cover managing the impact of wearable technology.

As well as looking at corporate adoption of wearable technology, the survey also asked about expectations for employee owned wearable devices entering businesses. Thirty six percent of all organisations surveyed said that they expect an ‘influx’ of employee owned Apple Watches (expected to be available by the spring) and other wearable technology to enter the business in 2015.

German businesses are expecting the highest volume of employee owned devices, with 41 percent of respondents saying they expect an influx of these devices. France (36 percent) and the UK (33 percent) were a little more conservative in their expectations.

Alessandro Porro, Vice President of International Sales at Ipswitch, commented, “IT infrastructure is already overloaded more than ever before and our survey indicates that this is about to get more complex in 2015 with the growing adoption of wearable technology.

“However, whilst it looks like many businesses plan to take full advantage of the benefits wearable technology has to offer, these productivity benefits will also be accompanied by some big challenges.”

Ipswitch has produced a white paper: Three Steps to Address the BYOD Impact on your Network