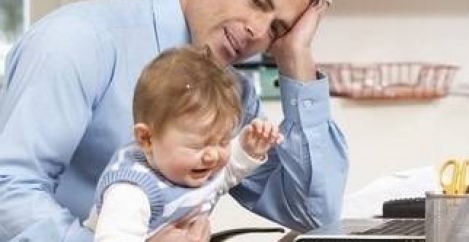 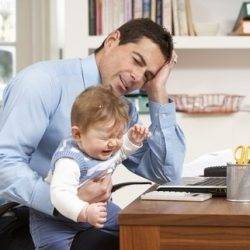 Nearly 70 percent of expectant women and new parents say their employer tops the list of considerations when deciding to start a family. The new US-based study suggests that today’s generation of parents are determined to build families without postponing or abandoning career ambitions, but find themselves faced with an unfriendly and unsupportive environment at work. The third annual report in the Modern Family Index (MFI) series, commissioned by Bright Horizons Family Solutions found that women and men are waiting longer to have children, with the data showing births are down among women in their twenties and up for women over age 35. And though virtually all women surveyed are excited to return to work after a maternity leave, more than one in three new parents report feeling that their boss presumes they are now less committed to work and would prefer if they left.

Women aren’t the only ones facing workplace bias; new fathers reported being judged negatively by their peers and bosses and say that becoming a parent will cause them to look for a new workplace. In fact, workplace bias has had such a major impact on new parents that nearly half have sacrificed salary for a family-friendly workplace and more than half are likely to switch jobs.

Contrary to the popular notion that women would rather stay at home, the study’s results show that women genuinely and enthusiastically want to come back to work following having their first child, with more than half saying that it is because they are personally fulfilled by their job.

However, there is a gulf between the commitment, passion, and devotion working parents have to their jobs and the perception their bosses and co-workers have about their ambition. Despite high expectations, many expectant parents have seen their colleagues passed over for promotions when they have children; others have seen careers stall. And new parents have found themselves facing workplace bias like they never imagined. More than one in three working parents believe they’re treated worse than other employees; over a third feel actively discriminated against; nearly a quarter of new parents reported difficulty developing their careers and one in five say they have been passed over for opportunities.

This perception affects new Fathers too, as the fact they prioritise family equally with careers leads to increased conflict between the two. Two-thirds of working dads consider their job in the family-planning equation, and they report real workplace bias, often in even higher numbers than new Mothers.

The study shows that while dads are excited to grow their families and serve as an equal partner in parenting, they are often surprised to encounter a workplace that has not progressed to meet the new generation’s work/life expectations. A third of new dads felt becoming a father limited their opportunities for advancement, and one in four believe that even the announcement of fatherhood caused employers to think less of them.

Almost half (49 percent) of new parents surveyed have taken a job for less money at a family-friendly employer and more than half (59 percent) are likely to switch jobs now that they’ve had their first child.

Said Bright Horizons CEO David Lissy: “We work with hundreds of employers who are tuned into the challenges faced by new moms and dads as they return to work from parental leave. These organisations not only recognise that these employees are among their most valuable, but also understand that every individual’s situation is unique and provides the appropriate support to enable these employees to return with the same drive and commitment they embodied before children,”.

“The MFI data show that new and expectant parents want to work for a family-friendly company that will allow them to excel as both professionals and parents. Employers that are already committed to supporting their employees as whole people will come out on top.”

Staff engagement boosted by learning opportunities over benefits Where are zero hours contracts and the gig economy taking us?