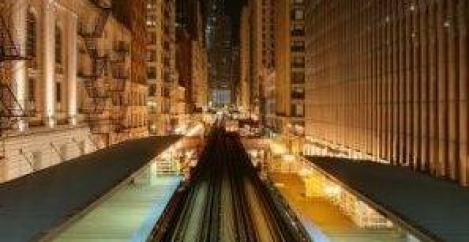 Three quarters of firms dissatisfied with quality of UK infrastructure 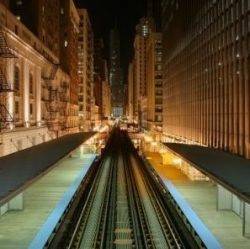 Businesses are concerned about the pace of commitment to improving the UK’s infrastructure, and a record number of firms are dissatisfied with the state of infrastructure in their region. With the UK currently ranking 27th in the world for the quality of its infrastructure, nearly all (96 percent) of businesses in the 2017 CBI/AECOM Infrastructure Survey see infrastructure as important (of which 55 percent view it as critical) to the Government’s agenda. From the Clean Growth Strategy and the £500 billion infrastructure pipeline to its decision to build a new runway at Heathrow and press ahead with the A303 tunnel, the Government has made clear its commitment to British infrastructure. However, only one in five firms is satisfied with the pace of delivery (20 percent) and almost three quarters (74 percent) doubt infrastructure will improve over this Parliament. This lack of confidence is attributed primarily to policy inconsistency (+94 percent of firms) & political risk (+86 percent). The digital sector is the exception, however, where 59 percent of firms are confident of improvements.

Carolyn Fairbairn, CBI Director-General, said: “We’ve seen a real commitment from the Government on infrastructure over the last year, from decisions on Heathrow and the A303 to pledges to scale up the supply of housing and clean energy. But our survey shows this is not translating into optimism about future improvements among both firms and the public, who are united in their concern about the pace of delivery for new projects. We’ve now reached crunch time for the UK’s infrastructure.

“As the foundation for wider growth, world-class infrastructure is fundamental in driving productivity, and helps create jobs and raise living standards. Our message is as clear as it is simple – this is no time for discussion and delays, it’s time for delivery. This needs to be heard not just by Westminster, but by local and devolved governments, as making progress on smaller, local projects is just as important as the bigger projects. Firms will not be forgiving if this focus slips.

“With continuing uncertainty over Brexit, it’s all the more important the Government delivers quality infrastructure as a key pillar of a modern and effective Industrial Strategy, from excellent quality gateways to the world to a funding framework that gives investors the sustained confidence they need. It is a vital lever for spreading prosperity across the whole of the UK.

“These findings must not be confused with pessimism though. Businesses have been unambiguous about what needs to happen, from delivering on the current road and rail pipelines to putting in place an urgent long-term energy plan and making housing a top priority. Firms are keen to work shoulder to shoulder with the Government, bringing their construction and funding capability, innovation and agility to the table, enabling the UK to face the future with confidence.”

“Transformational infrastructure necessitates bold decisions and strong vision. The next five years present a huge opportunity for the Government to set in train a lasting legacy for future generations. The link between transport and long-term plans for other vital infrastructure such as energy, water, waste and housing must also be considered. A clear vision for integration will be essential to accommodate the UK’s projected population growth and maintain economic prosperity.

“Despite the backdrop of Brexit and political uncertainty, we have certainly seen some welcome progress this year, but it is essential that we don’t rest on our laurels. The focus now must remain on progressing the UK’s ambitious infrastructure pipeline. Schemes such as the third runway at Heathrow, Crossrail 2 and the Northern Powerhouse programme are world-class projects that provide bright beacons of British success and innovation and are vital to the country’s ability to compete on a global stage.

However, if we are to grasp the opportunity to make major progress on infrastructure, the issue must remain high on the government’s agenda, underpinning a modern industrial strategy.”

Devolution is still seen as an opportunity, with 42 percent of firms believing it will lead to improvements in infrastructure. But this figure represents a drop from the 2015 and 2016 Surveys (61 percent and 47 percent respectively), so it’s clear devolution must translate into improved infrastructure results across the whole country.

With close to two thirds of businesses (62 percent) not confident that the UK’s competitiveness will increase by 2030 because of its infrastructure, skills shortages have come to the fore as a critical area. Indeed, as the UK leaves the European Union, firms see access to skills and talent from the EU as the top priority for digital, energy and aviation in building a new relationship (48 percent, 43 percent and 42 percent respectively).

Encouragingly, over half of firms (51 percent) see new free trade opportunities with non-EU countries as positive. Meanwhile, 45 percent of companies think that improvements in rail and road access to ports and airports are critical for the UK to capitalise on a new trading future. However, with infrastructure accounting for nearly half (47 percent) of European Investment Bank investments in the UK, there is very little confidence firms will receive similar funding post-Brexit – for example, 71 percent of firms aren’t confident the roads sector will receive the funding it needs in future.