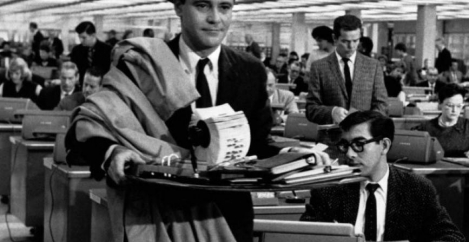 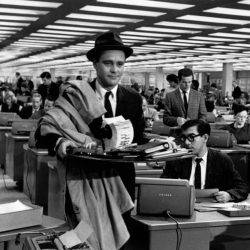 Much has been written about the inexorable rise of the gig economy. However, a new survey from jobsite Glassdoor, claims that only 13 per cent of workers across all employment types would even consider this route for future employment, and the vast majority of employees (76 percent) feel more secure sticking to permanent employment in 2017. As with any work arrangement, using temporary or “gig” workers has both benefits and drawbacks when set against traditional employment.

Salaries and benefits remain the most important workplace factors for both men (56 percent) and women (63 percent), something which is typically less stable in gig or contract work.

Gig employment for task-based jobs like car rides, accommodation rentals, and food deliveries are all now mainstream services. Glassdoor’s previous research for the US labour market suggests a slowdown for gig work in 2017, especially as job seekers weigh the pros and cons of this employment type. This new UK survey finds that only 12 per cent of those already self-employed feel they would earn more if they left a job to take on work which paid “per activity” (rather than an annual salary), with 21 per cent of those in full time work feeling the same. On a wider level, just one in ten of all respondents across all forms of employment believe that the gig economy would become the “future of work,” with double that amount (20 per cent) feeling it actually exploited workers and harmed employees’ rights.

In terms of job generation, only 13 per cent of all respondents predict that the gig economy would be a good way to reduce unemployment and create jobs in the future. When broken down by gender, nearly a third of women (31 per cent) feel that the gig economy would only ever be for a “limited number of workers” and was not accessible across a “wide range of roles”. This was opposed to just a quarter of men.

The millennial generation of employees has been labelled as the group who will structure and shape the way we work in coming years. However, only 10 per cent of 18-24 and 9 per cent of 25-34 year olds are of the opinion that the gig economy will eventually become the “future of work.”

Dr. Andrew Chamberlain, Glassdoor’s Chief Economist said: “The gig economy may be associated with prodigious growth of app-based taxi rides and food delivery, however, as we’ve already witnessed in the U.S., the impact on the UK workforce could remain minimal in the longer term.

“The main reason is size. Although many ride-sharing and travel platforms have popped up in recent years, they’re still confined to a small corner of the workforce. Further, gig roles only really work for relatively simple jobs that are easy to measure, don’t require deep institutional knowledge, and don’t rely on long-term relationships. The majority of the fastest growing jobs in the labour market today require human creativity, flexibility, judgment, and soft skills. For some jobs, the UK gig economy is here to stay. But don’t expect the majority of the workforce to be part-time contractors any time soon.”

Image: Jack Lemmon finally gets a corner office in The Apartment