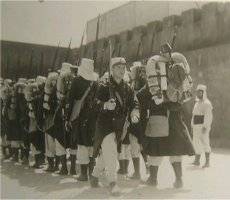 The two latest stones to be tossed into the flexible working maelstrom in the hope of creating a ripple both suggest that employers are out of step with the expectations of their staff when it comes to working hours and conditions. The CIPD launched a new report Getting Smart About Agile Working, at the start of its annual conference in Manchester on 5 November which claims that a third (35 percent) of employees would like to change their working arrangements with nearly half (43 percent) saying they would most like to change the start or finish time of their working day. Meanwhile a separate report from BUPA claims that half of employees of SMEs think their employees underestimate the part that benefits including flexible working have to play in the overall feel of the company, and a similar number (51 percent) believe that not offering such benefits damages an employer’s attractiveness to new recruits.

The CIPD report, based on a survey of 633 HR leaders, 1132 employees in the UK and 508 individuals employed in ‘non-standard’ jobs, confirms that people are not as engaged with their work as their employers might like with only a quarter (28 percent) feeling that work is ‘central to their lives’ with around a third wanting to make changes to their working arrangements. This compares to around half (48 percent) of those surveyed for comparable work in 2005, suggesting the importance of work and career has diminished over the past decade.

Nevertheless, work has encroached on people’s personal time, with 45 percent of employees claiming to take phone calls or responding to emails outside of their contracted working hours. One-fifth (21 percent) of those surveyed said they already work from home at least once a week, a tenth spend more time with clients and customers than in the company HQ while a further fifth say they would like more flexibility over where they worked.

Lack of trust in employees who are working remotely and negative attitudes to flexible arrangements are a significant barrier to change, particularly in the public sector. In the survey, 22 percent of public sector HR leaders (and 15 percent of private sector HR leaders) suggested that negative line manager attitudes were acting as a barrier to offering flexible working, with a further 19 percent pointing out negative attitudes among senior leaders (13 percent in the private sector).  However, suspicion towards new approaches is likely to limit experimentation and could stall wider roll-out of new practices

Efforts to boost agility are often fragmented. Many HR professionals focus attention on workforce planning (64 percent) and training and development (54 percent) to improve their organisation’s responsiveness to change. However, less attention is given to creating organisational environments that enable the agile workforce to thrive. Training and development should be complemented by organisational structures and cultures that support flexible working, flexible skill application and better leadership and ownership of tasks at all levels.

The report identifies two specific areas where HR can make a difference to support smart and agile ways of working:

Meanwhile the report from BUPA claims that just 6 percent of UK SME employees believe the right to request flexible working introduced in the Summer has made a difference within their company. Fewer than one third (32 percent) of SME employees are confident their boss will support them if they make a flexible working request. In fact, almost two in five (37 percent) worry they could lose their job altogether if they request to work flexibly.

Benefits such as flexible working are viewed as key by SME workers: half (50 percent) think companies underestimate the part that benefits have to play in the overall feel of the company, and a similar number (51 percent) believe that not offering benefits damages an employer’s attractiveness to new recruits.

The report claims that employers taking their benefits packages seriously should see the results with three fifths (59 percent) of those who work for small and medium-sized enterprises believing that offering the right benefits helps foster a happy, motivated workforce.

The report also suggests that many small businesses are not taking full advantage of their ability to be adaptable to their employees’ needs. Only 9 percent of SME workers have been asked what benefits they would actually appreciate, and just a quarter (29 percent) of companies tailor them to suit their staff. Two fifths (44 percent) think their company needs to “seriously reconsider” how employees are rewarded. As many as one in three (32 percent) SME employees are planning to leave their job in the next 12 months to join an organisation with better benefits.

Benefits come second only to salary in attracting employees to a new company, BUPA’s research found; with two in five (42 percent) believing that benefits are the most important consideration when choosing a job. In fact (43 percent) employees feel more motivated by being treated well on a day-to-day basis than receiving a pay rise.