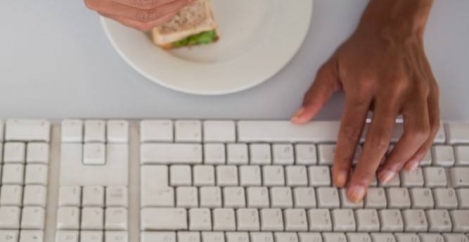 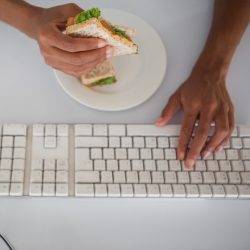 Over two thirds of UK employees are working unpaid over lunches because of heavy workloads and manager expectations, according to a new survey from office supply firm Viking. Of the 1,500 office workers surveyed, many employees felt they were expected to work through breaks or wanted to look busy for managers and 38 percent simply said they had too much work to fit in to the day.  While 82 percent said they felt their current lunch break allowance was long enough, a worrying two thirds (67 percent) admitted to working through their lunch at least once a week. That number is even higher (80 percent) for 25-34-year olds. Around 14 percent of all respondents said they do so every day.

While 64 percent of office workers nationally said they found their break either very or quite fulfilling, an almost identical amount (65 percent) said they wanted to relax more during their lunches.

When asked what they would rather spend their time doing, the majority of respondents (52 percent) said they would simply like to be left to eat in peace. Among the other popular answers were:

Chris Evans, SEO Marketing Manager Europe at Viking commented:  “Employers have a legal obligation to ensure their staff are being given the correct amount of breaks dependent on how long they’re working. If it becomes apparent staff are often working through their break then the issue needs to be addressed. Whether employees are being given too much work, or performance isn’t up to scratch, it’s not good for employee or employer if staff aren’t getting time to relax and regroup during the day.”