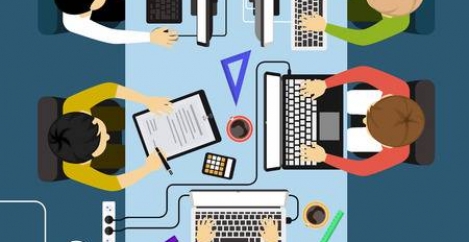 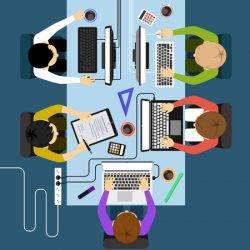 Despite half (50 percent) of the British workforce saying they are equipped with the right tools and technology to enable them to work anywhere, half (50 percent) of respondents to a new survey stated that remote working can make them feel stressed, isolated or lonely (43 percent) and over half (53 percent) said that working out of the office makes them feel disconnected from colleagues. The survey from Peldon Rose, found that two-thirds (66 percent) of British workers say they work most productively in the office compared with a quarter (26 percent) who work most productively at home. The survey results also underline how vital close working relationships with colleagues are to employees’ happiness, wellbeing and productivity with nine in 10 (91 percent) of office workers stating they value their friendships within the workplace and 80 percent crediting their friendships with colleagues with helping them to be more productive at work – something they feel boosts their productivity even more than personal technology (66 percent).

The research also suggests that collaborative workspaces helps workers to bond with their colleagues with half stating that open plan offices (53 percent), informal break-out areas (50 percent) and communal social spaces (49 percent) are important to building and maintaining these vital relationships. Good IT infrastructure (83 percent) is important for increasing productivity in the workplace along with quiet zones to concentrate (69 percent), informal break-out areas (67 percent) and personal technology (66 percent)

The report makes the following recommendations to tempt workers back to the office:

Jitesh Patel, Chief Executive, Peldon Rose, said: “The survey findings reveal that the remote working trend has come full circle.  Office workers are clearly seeing the personal and professional benefits of working alongside colleagues and the drawbacks of isolated working, and they are virtually and physically returning to the office.”