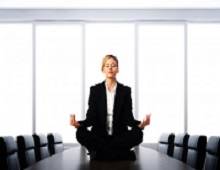 Following on from the revelation that wellness programmes are only as good as the willingness of staff to participate, comes a study from the U.S. which highlights the role incentives can play in employers’ efforts to improve workforce health and performance. Aon Hewitt’s survey of nearly 800 large and mid-size U.S. employers representing more than 7 million U.S. employees found that 83 per cent now offer employees incentives for participating in programmes, while 58 per cent plan to impose consequences on participants who do not take appropriate actions for improving their health.

Currently, of the 83 per cent of employers that offer incentives to employees to join programmes which may include taking a health risk questionnaire (HRQ) or participating in biometric screenings:

Said Jim Winkler, chief innovation officer for Health & Benefits at Aon Hewitt: “HRQs and biometric screenings are the key tools in providing that important information and serve as the foundation that links behaviours to action. Motivating people to participate through the use of incentives is a best practice in the industry and these strategies will continue to be a critical part of employers’ health care strategies in the future.”

According to a separate recent Aon Hewitt survey conducted in partnership with the National Business Group on Health and The Futures Company, of the workers who were offered an HRQ and received suggested action steps based on their results, four out of five (86 per cent) took some action. Further, nearly two-thirds (65 per cent) of those who received suggested actions reported they made at least one lifestyle improvement as a result.

Employers also reported seeing some positive impact from offering incentives, with more than half indicating they saw improved health behaviours and/or an increase in employee engagement. In addition, almost half said they believe there was a positive impact on employee morale, satisfaction and/or attitudes, and 44 per cent saw changes in health risks.

But the survey also indicates a potential shift by employers from using incentives to imposing consequences on reluctant employees. Over the next few years:

“Today employers mainly rely on financial incentives to drive desired activities and behaviours, ranging from building awareness to achieving specific health outcomes,” said Stephanie Pronk, health transformation leader for Health & Benefits at Aon Hewitt. “However, in the near future, these designs will be most successful and impactful when they are linked to an organizational culture that makes it easier for employees to make healthier personal decisions.”