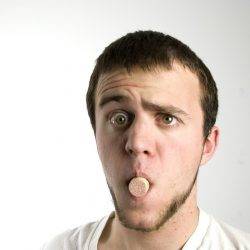 UK businesses are failing to support a culture of innovation despite employees believing that their companies would benefit from fresh ideas and innovative ways of working, new research claims. The study of 1,000 workplaces conducted by RADA in Business (the commercial subsidiary of the Royal Academy of Dramatic) found that 81 percent of workplaces had failed to create a culture of creativity at work that encourages new ideas and experimentation, according to their staff. Many employees feel that businesses are suffering as a result, with just under a quarter (24 percent) saying that their workplace is desperately in need of new ideas and fresh thinking to overcome current problems.

The report claims that there are a number of combined factors that are suppressing new ideas and original thinking. Just over 1 in 5 employees (21 percent) said that they didn’t believe anyone wanted to hear their ideas. A similar number (18 percent) also said that even when they put their ideas forward, they were rarely implemented. As many as 16 percent of workers said that any new idea would actually be treated with suspicion and criticism, while 15 percent of people believed their business leaders actively discouraged innovation and creativity at work.

Kevin Chapman, Director of RADA in Business, commented on the findings: “It’s concerning to see how many people feel that creativity and innovation aren’t encouraged in their role – especially when there are simple techniques available to help companies to support and tap into the power of imagination for solving problems or developing new ways of working as a team. In the same way that a theatre director works with their cast of actors to experiment with different ways to tell a story, business leaders can benefit from improvising with their teams, which is a key element to unlocking greater creativity.  Rather than promoting individualism and ‘showing off’, improvisation is a surprisingly effective tool to create better team bonds and understanding. We encourage businesses to give space to play with new ideas without being overly critical. Adopting an attitude of enthusiastic curiosity towards every idea that you come up with defies your critical voice and may lead the way to new innovations.’’

The research claims that government and local government workplaces are the settings where people find it hardest to think creatively (21 percent). Those working in IT (29 percent) and financial services (26 percent) find it hardest to make their voices heard, with companies often dominated by a few ‘loud voices’. The workers who feel most able to think creatively are those working in teaching and professional trades (builders, plumbers etc.), who are four times less likely to struggle with innovation than those in governmental jobs.

Standing to work may be as good for our cognitive performance as it is our physical wellbeing Extreme dedication to work and career could damage long-term success, study claims