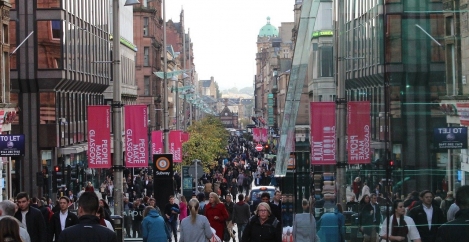 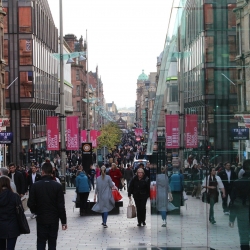 The new UK Cities Climate Investment Commission begins work to identify Green Investment opportunities across UK Cities. Cities, investment and innovation experts have launched a Commission which begins the process of identifying a transformational programme of Green Growth for the UK’s cities.

Initial analysis by the Commission of UK city climate plans suggests that meeting Net Zero in London and the UK’s Core Cities could bring up to £330bn of investment into the UK.

London Councils and the UK’s 11 Core Cities along with the innovation body Connected Places Catapult will launch the UK Cities Climate Investment Commission during an event at London Climate Action Week.

The Commission marks its launch by publishing research from environmental consultancy Eunomia which estimates that between £110bn and £330bn of green investment is required to meet Net Zero in the UK’s core cities.

The Commission believes that this may represent a significant opportunity for major players like sovereign wealth and pension funds to invest in green projects across London and the Core Cities. The Commission’s overall aim is to create a robust business case and investment models to deliver Net Zero, whilst addressing issues of scale, longevity and confidence.

This is followed by decarbonising transport, the retrofit of commercial buildings, producing renewable electricity, and decarbonising the ways cities collect and dispose of waste.

Forthcoming work being undertaken by the Commission will explore potential financing mechanisms in depth, and deliver recommendations for how investment for Net Zero can be unlocked.

In an accompanying launch declaration, both London Councils and Core Cities UK say they face a funding emergency as well as a climate emergency. This underscores the importance of the forthcoming work, and the engagement of government in this endeavour.

The commission will now go on to identify the investment opportunities in detail in a final report that will be showcased to national and international investors attending COP26, the historic climate summit due to be held in November in Glasgow.

Cllr Susan Aitken, leader of Glasgow City Council, said: “Today’s first stage launch reveals massive opportunities to create green growth and thousands of jobs across London and the Core Cities. I look forward to showcasing some of these at COP in Glasgow in November.

“Together London Councils and Core Cities are home to almost 30 million people. It is vital that we play our full role in making sure they are not left behind and play a key role on our journey to Net Zero.”

Mayor Philip Glanville, Chair of London Councils’ Transport and Environment Committee, said: “London boroughs and the UK’s 11 Core Cities have a huge responsibility as economic and population centres to create solutions to reach Net Zero targets. Securing private finance is going to be critical in meeting our climate ambitions and today’s launch is a momentous step towards achieving this.

“Low carbon investment in our cities will allow us to secure a wide range of benefits, not only lowering emissions but improving public health and reducing inequalities. We want this work to be an example for effective investment in further UK cities and towns in the future.

“Local government has a key role to play in reaching climate targets and achieving long term investment for tackling climate change in a way that leaves a positive legacy for our local communities. Only by working together and stressing the need for investment in net zero, from both government and private investors, can we begin to safeguard the environmental future of our cities and those who live, work and visit in them.”