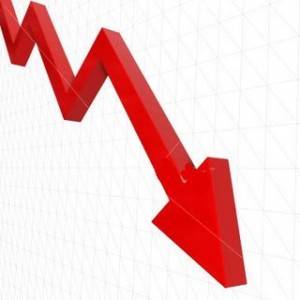 The three little words nobody wanted to hear at the start of 2013 are triple dip recession. Yet even as the US managed to avoid its own fiscal cliff at the turn of the year, two reports raised fresh fears that the UK’s recovery would be postponed for a while yet. According to the Markit/CIPS Purchasing Managers’ Index, UK construction hit a six-month low as the sector dropped from an index of 49.3 in November to 48.7 in December. This is well below the index of 50 which indicates a contraction in activity. Meanwhile another report from Markit/CIPS reported an unexpected fall in the UK’s service sector.

Much of the fall in construction activity was attributed by the researchers to declines in house building but there was an overall  lack of confidence in the sector linked to low levels of activity and rising costs.

Meanwhile the shock fall in activity in the services sector added to the gloom.  The services sector – which accounts for three-quarters of the UK’s economic output – shrank for the first time in two years during December. If overall output in the economy drops again over the next three months, the UK will fall into its third recession in five years. The CIPS/Markit purchasing managers index (PMI) for services dropped from 50.2 to 48.9 in December, below the 50 mark that, again, indicates a contracting market.

There was a glimmer of good news however with the same survey that showed a surprise jump in factory activity in December. Welcome though this is, because manufacturing accounts for just a tenth of the UK economy it is not enough to mitigate the effects of the downturn in construction and services.