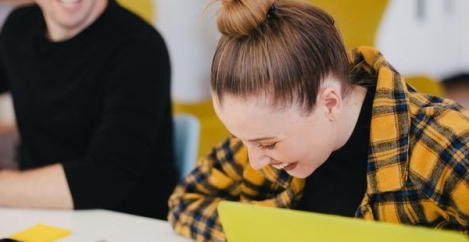 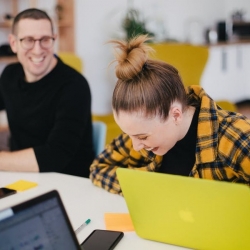 A new study conducted by Wildgoose, into friendship in the workplace claims the impact of working from home on personal connections in the office. One in 20 employees starting a new job while working from home have found it hard to make colleague friendships. This is equivalent to over 300,000 employees struggling to integrate and make friends in a new role.

The 2021 Friends & Happiness in the Workplace Survey asked employees from 1,052 UK companies about their work friendships, what they meant to them and how companies can encourage them.

The survey findings come after a government ‘Employers and loneliness’ report, which highlights the cost of loneliness to UK employers – estimated to be £2.5 billion every year. For individuals, the cost of severe loneliness – due to reduced wellbeing, health and productivity – has been estimated at £9,900 per year, according to the Loneliness Monetisation Report conducted for the UK Department for Digital, Culture, Media & Sport.

Decision makers and HR teams are being encouraged to improve colleague connections as the country moves into a hybrid working model, with a mixture of people working from home and the office.

For those who have a ‘best friend’ at work, the research highlights clear benefits. Unsurprisingly, almost two-thirds (57 percent) of respondents say it makes work more enjoyable. Interestingly for companies, 22 percent believe it means they are equally or more productive, and 21 percent say having a best friend at work makes them more creative. 12 percent of people are less likely to leave a company where they have friends.

Workplace friendships play a particularly significant role in integrating young employees into a company. Almost one in three (29 percent) of those at executive level have needed support from colleagues, and almost one in five (19 percent) are more unlikely to leave a company where they have friends.

After a year of social isolation, and with many people clearly looking to form friendships at work, team-building efforts are more important than ever. The survey asked employees what their preferred method of team bonding would be.

• 46 percent favour a monthly after-work drink
• Almost a third (30 percent) say they want a space to eat, socialise, and spend time with colleagues at work
• Nearly a fifth (21 percent) would prefer a team-building weekend away

A similar Wildgoose survey in 2017 claims 23 percent of respondents wanted a space to socialise at work. The increase in this figure to 30 percent suggests that people miss the office environment.
The most recent survey also asked people if they would prefer in-person team activities or a virtual equivalent. In every case – whether the event was drinks, playing sport/gaming or a team-building weekend/activity – people chose the in-person option.

Commenting on the findings, Wildgoose managing director Jonny Edser says: “It’s only natural that people want to get out and socialise in person after lockdowns. I think we’ve all had enough of being indoors and people will be looking forward to seeing colleagues in person again. It’s a return to normality.

“Some people have started jobs without meeting their new colleagues, which must be especially tough. Hopefully those people can now get to know their new workmates properly.”