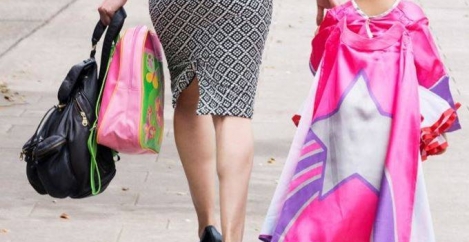 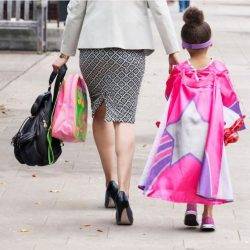 Four in ten (44 percent) women in the UK feel nervous about the impact starting a family might have on their career and 48 percent of new mothers felt overlooked for promotions and special projects upon their return to work. This is according to a new PwC report, launched to mark International Women’s Day, which surveyed over 3,600 professional women (293 in the UK) across different sectors to find out about their career development experiences and aspirations. The report claims that UK women still perceive a motherhood and flexibility penalty in the workplace. Over a third (36 percent) surveyed say they feel that taking advantage of work life balance and flexibility programmes has negative career consequences. The report – Time to talk: what has to change for women at work – claims that women are confident, ambitious and ready for what’s next, but many don’t trust what their employers are telling them about career development and promotion.

The report follows PwC’s Women in Work Index report published on 5 March, which revealed the UK has a persistent low share of females in full-time employment compared to other OECD countries, and this has put the brakes on the UK making bigger strides towards gender equality in the workplace.

Although CEOs recognise the importance of being transparent about their diversity and inclusion programmes to build trust, the message isn’t universal and strong enough. Three in 10 (31 percent) UK women believe that certain characteristics (gender, ethnicity, age, sexual preference) can be a barrier to career progression in their organisation, and only 48 percent of women agree that employers are doing enough to progress gender diversity.

To improve career development opportunities, women identified greater transparency (54 percent) as the most critical step employers can take. This means offering staff a clear understanding of the expectations on both sides of the employment equation, including information about career progression and success, and open conversations with employees on where they stand and what is expected of them to advance.

The power of negotiation

Women, traditionally, are not considered self-promoters, although when they speak up they get results. The survey shows that more women are recognising the need for, and power of, advocating for themselves, with over half actively pursuing and negotiating promotions, pay rises, and the career enhancing experiences so critical for advancement.

Of the 27 percent of UK women surveyed who had been promoted in the past two years, 63 percent negotiated for a promotion. And of the 29 percent and 26 percent of women who had been given a high visibility project or stretch assignment in the past two years, 91 percent and 86 percent had negotiated for these opportunities. Self-advocacy pays off and a move to greater transparency combined with workplace and personal support will act to bolster this further.

The three things that need to change according to PwC

The report puts forward three essential elements that leaders must focus on to help women advance their career: