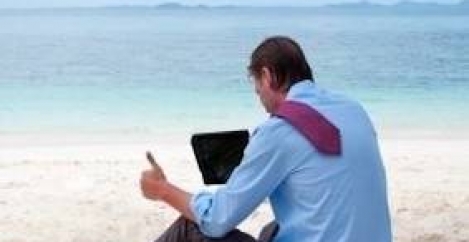 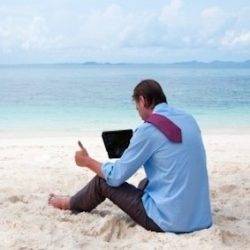 It may still be the summer holiday season but if you’re finding it easier than you’d expect to get hold of people, it’s because they’re probably checking their emails on the beach. A new survey by Wrike claims that 73 per cent of British employees work while on holiday. The main reason? They can’t relax unless they know everything is going okay in the office. Those from France and Germany have a slightly more relaxed state-of-mind. While 35 per cent of UK workers said they feel better keeping in touch with the office and the Germans aren’t that far behind, with 30 per cent saying keeping one eye on their work was the key to relaxation; in France only 22 per cent felt the same. Brits also said that working while away was because they were hoping to minimise the amount of work they would have to come back to (22 per cent).

According to a 20-year study by sociologist Sabine Sonnentag of Germany’s University of Konstanz, achieving mental detachment from work is an important factor for those wanting to take a proper break while on holiday.