Unions and employers call for greater uptake of flexible working 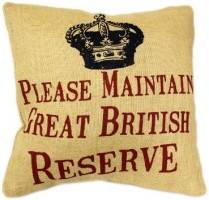 The release of two new sets of employment data has prompted the Confederation of British Industry (CBI) and the Trades Union Congress (TUC) to issue separate rallying calls for the greater uptake of flexible working. Responding to a YouGov survey, which found that over two-fifths (42 percent) of UK workers would not feel comfortable asking their employer for more flexible working practices, the CBI called on firms to encourage and respond positively to such requests in both their own interests and those of employees. Meanwhile, the TUC used the publication of new figures from the Office for National Statistics, which showed that under-employment remains at pre-recession levels and there remains a shortfall in the number of full-time job opportunities, to suggest that part of the solution to both problems lies in the promotion of flexible working rights.

The YouGov survey found in its survey of 1,300 employees that both men and women shared a reticence (or characteristic British reserve) to ask about flexible working in spite of the fact that nearly all firms now offer some form of flexible working arrangements.

“A lot of companies offer flexible working but the onus should be on businesses to presume in favour, challenge outdated assumptions and give their employees more confidence to ask about the options,” said Katja Hall, CBI deputy director-general. “Flexibility is not just for parents but for all staff. It can work for everyone including businesses. That’s why we’re calling for businesses to encourage flexibility from the job ad onwards, as well as the government to help families with childcare costs.”

Meanwhile, responding to data published this week by the Office for National Statistics showing that under-employment is still far above pre-recession levels, TUC General Secretary Frances O’Grady said:”Under-employment is still much higher than it was before the recession, which is a clear sign that the UK isn’t creating enough of the right kind of jobs. There is a big shortfall in the supply of full-time employee jobs, and that’s making it harder for families to earn enough for a decent standard of living. It makes no sense that there are so many people wanting more work, while others complain of being overworked and want fewer hours. The government should strengthen flexible working rights, which could help solve both problems.”