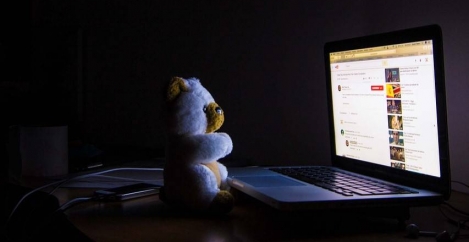 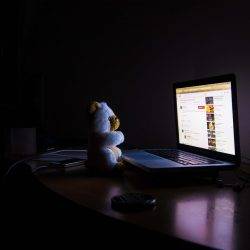 People should not use their laptops and mobile phones in the evening if they want to avoid sleep disruption and a range of mood disorders, including depression, claims new research from the University of Glasgow. The largest study so far into the link between disrupted body clocks and mood disorders and wellbeing has been published in the journal Lancet Psychiatry. The research into the behaviour of 91,000 people shows that disrupted body clock rhythms are associated with increased susceptibility to depression, bipolar disorder, and adverse wellbeing. According to the study, disturbances to the body’s internal clock, characterised by increased activity during rest periods and/or inactivity during the day, are also associated with mood instability, more subjective loneliness, lower happiness and health satisfaction, and worse cognitive function.

The results held true even after adjusting for a wide range of influential factors including age, sex, lifestyle, education, body mass index, and childhood trauma.

This study claims to be the first to objectively measure patterns of rest and activity (using accelerometers), and to have sufficient sample size to assess the effect of circadian disruption on various mental health disorders.

“To look at this in more detail, it will be useful for future studies to track participants’ rest-activity patterns over time to see whether disturbed rhythms can predict whether someone is more likely to go on to develop a mood disorder”

Daily circadian rhythms govern fundamental physiological and behavioural functions from body temperature to eating habits in almost all organisms. The brain’s internal time-keeping system anticipates environmental changes and adapts itself to the appropriate time of day. Disruption of these rhythms has been shown to profoundly affect human health. Greater disease risks arising from circadian disruption have been identified in the brain, pancreas, and stress systems.

Previous research has identified associations between circadian disruption and poor mental health, but these were typically based on self reports of activity and sleeping patterns, had small sample sizes, or adjusted for few potential confounders.

To address these methodological issues, the researchers analysed activity data in 91,105 participants (aged 37-73) from the UK Biobank general population cohort to obtain an objective measure of patterns of rest and activity rhythms, known as relative amplitude. [2] All participants wore accelerometers for 7 days between 2013 and 2015 to record their activity. This information was linked to mental health questionnaires to assess symptoms of mental disorders and subjective wellbeing and cognitive function.

Mathematical modelling was used to investigate associations between low relative amplitude (reflecting greater activity during rest periods and/or daytime inactivity) and lifetime risk of mood disorder as well as wellbeing and cognitive function.

“While our findings can’t tell us about the direction of causality, they reinforce the idea that mood disorders are associated with disturbed circadian rhythms, and we provide evidence that altered rest-activity rhythms are also linked to worse subjective wellbeing and cognitive ability”, says Dr Lyall.”

The authors acknowledge that their findings show observational associations rather than cause and effect. This limitation is compounded by the time difference between the recording of demographic and lifestyle data (2006-10), accelerometry data (2013-14) and information from the mental health questionnaire (2016-17). The authors also note that rest-activity rhythms differ between younger and older adults, so the associations between circadian rhythmicity and mental health and wellbeing may differ in younger age groups.

The authors conclude: “Relative amplitude is relatively cheaply and easily measured and could be used to identify people at greater risk of major depressive disorder or bipolar disorder, or those who might benefit from treatments that directly target the circadian clock. Given that most mental health disorders begin during adolescence, more longitudinal studies in younger populations might improve our understanding of causal mechanisms, and help find new ways to predict mood disorders and fine-tune treatments.”

Writing in a linked Comment, Dr Aiden Doherty from the University of Oxford in the UK agrees: “Although the UK Biobank is one of the most important medical resources worldwide, the study population (median age at baseline of 62 years, IQR 54-68 years) is not ideal to examine the causes of mental health, given that 75 percent of disorders start before the age of 24 years. As the authors note, the circadian system undergoes developmental changes during adolescence, which is also a common time for the onset of mood disorders. It might be that the UK Biobank provides the template and impetus for a resource of a similar scale in adolescents and younger adults to help transform our understanding of the causes and consequences, prevention, and treatment of mental health disorders.”