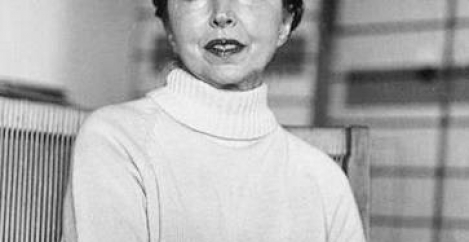 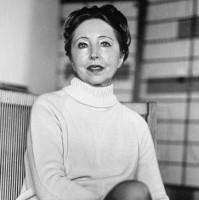 Although the author and feminist icon Anaïs Nin was born and raised in France by Cuban parents, she is most commonly seen as an American literary figure. Like many of the mid 20th Century’s most pioneering writers and thinkers on social and gender issues, her fame appears to have slowly eroded, perhaps because much of what she wrote about at the time was for the time. She documented much of her life in diaries and letters and so we know a great deal about her as a person, including how much she loved New York while remaining open minded about its deficiencies. In a 1934 letter to her then lover Henry Miller, she laid out her thoughts on the city, and especially its physicality. One of the most eternally resonant aspects of her description is the idea that it is what a person brings to a place that makes it come alive. Culture eats design for breakfast. The stage setting is meaningless without the play and the players.

‘I’m in love with NY,’ she wrote. ‘It matches my mood. I’m not overwhelmed. It is the suitable scene for my ever ever heightened life. I love the proportions, the amplitude, the brilliance, the polish, the solidity… The newness. The vitality. True, it is only physical. But it’s inspiring. Just bring your own contents, and you create a sparkle of the highest power. I’m not moved, not speechless. I stand straight, tough, and I meet the impact. I feel the glow and the dancing in everything…Give New York to a poet. He can use it…I feel a kind of exhilaration and the tempo is like that of my blood. I’m at once beyond, over and in New York, tasting it fully.’

We are drawn to the idea that if we create a certain type of place or use certain features within it, then we can use the physical environment to either manipulate people to perform better, communicate more or enhance their well-being and moods.

There’s clearly something in the idea but there are several significant  problems with the way the argument is presented. The first is that there is too much emphasis placed on cause and effect. We are sometimes told, for example, that a particular shade of blue will give an air of tranquillity to a room or make people more productive. Well it might, but only if the multitude of factors that make people feel calm and productive are also sorted. There is a clear limit to the impact that any feature of a workplace can have on the people within it.

The second is that much of the thinking about the way we design workplaces is still based on need rather than desire, the exact opposite of what we expect when designing our homes. Office design and management is still about rationality and practicality rather than the subconscious desire for stuff we just plain want.

The third is what Anaïs Nin was driving at and is the most important. The setting may be new, vital, inspiring, polished and brilliant. But the sparkle comes from what people bring with them.

Seven workplace stories we like and think you should read this week Third of people have nobody to talk to about stress, claims report