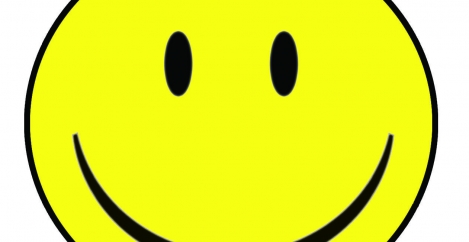 What’s wrong with adopting a more positive approach to work and workplaces?

Has there ever been a UK government more interested in the workplace than this one? Most of it has been about cutting costs of course, so the majority of announcements emanating from the Cabinet Office have been about procurement, design and environmental performance. David Cameron even at one point announced that he wanted to measure people’s happiness. The questions needed to work out how happy we are proposed by the Office for National Statistics as a result would have had a very familiar feel for anybody who has ever completed a workplace satisfaction survey even if they miss the most blindingly obvious point that when you’re skint and in mortal fear of losing your job, most other things about work lose their lustre.

Nevertheless over the last few years, stretching back in to the era of the last Government as well as the current one, there has been a significant shift in the UK for administrations who have typically been more interested in the big economic indicators such as GDP rather than the little ones like GWB (general wellbeing). There are problems of course, not least in measuring and defining what we mean. Happiness is a very subjective notion and we all have our own ideas on how to achieve it, some more mundane or out there than others.

But it does have some heavyweight intellectual backing, not least from Nobel Prize winning economist Joseph Stiglitz who has long been interested in the dynamics that exist between the individual and the economy and whose latest book The Price of Inequality even makes the bafflingly radical idea that the economy would work better if things were spread around a bit more evenly.

Of course what drives us and makes us happy isn’t just money. Lack of money makes us unhappy, but once we’ve sorted that out, we need something more that cannot be measured in pounds and pence. This was the subject of a recent animated presentation sponsored by the Royal Society of the Arts, which you can see above.

Where workplace management is concerned the switch between the two modes of thought might be seen primarily as a question of moving from a negative mindset based on the costs of doing (or not doing) certain things to one that balances that against the benefits of doing them.  For example, workplace designers, facilities managers and everybody else with a vested interest have been trying to argue for years that the office has an impact on organisations and the people who work for them. This is an argument that works on many levels:

Yet, it is this final idea that many people focus on too much. If you just take the issue of stress, you can see how this works. The debate about stress is couched in terms of ‘how much it costs the UK economy’ which is fine but – without getting into the wider debate about stress – ignores the idea that you can also move the debate the other way.  Instead of eliminating this cost to get to some neutral position, what happens if you make people happy at work? What happens if you look at the benefits associated with good management and design? What happens if you think positively?

We have the information and the examples we need to take this debate to the next level. We also have the spirit of the times on our side, even if things are still fogged over by the economic gloom. It’s especially important in the present climate where there is so much focus on cutting costs that we are also able accentuate the positive wherever possible and make the business case for strong and enlightened office design and management. It’s hard when the issue of money is still very much on the table, but the benefits are clear for those who manage it.