When sorry seems to be the hardest word, it creates a workplace trust gap 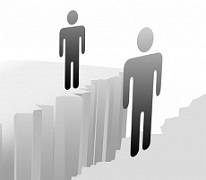 Harvard Business School recently identified that the advantage of the British habit of continuously apologising makes us seem more trustworthy. When it comes to subordinates, we’re less magnanimous. Just 5 per cent of UK employees receive an apology from their boss whenever they make a mistake, affecting levels of trust in leaders and employee engagement. The Global Leadership Pulse survey by The Forum Corporation warns managers that not taking responsibility for workplace gaffes is having a direct correlation to how much employees trust company leadership. This is because 49 per cent of managers and 24 per cent of employees believe that acknowledging personal mistakes is one of the key things leaders can do to inspire trust; and being able to trust your boss is very important for 93 per cent of the employees surveyed.

Managers who choose to ignore their workplace missteps are afraid of tarnishing their image, as 71 per cent of managers in the survey say they refrain from asking for forgiveness for fear of appearing incompetent, and 29 per cent are afraid of looking weak. And while 49 per cent of staff claim their boss never or rarely apologise, 60 per cent of UK managers believe they always say sorry –  suggesting that leaders are mishandling mistakes at work or not communicating properly.

According to Forum’s global survey the most egregious examples of bad boss behaviour include, in order:

“When managers aren’t transparent in their actions – and that includes accepting responsibility for errors, being truthful with their employees and acknowledging hard work – that tends to breed mistrust among employees,” said Graham Scrivener, Managing Director of Forum EMEA. “Lack of employee engagement is a huge issue among UK workers and our research found that employees who register low levels of trust at work, are also the most likely group to report low engagement.”

The study found that whilst trust in the UK workplace has suffered in recent years, there are certain actions that both employers and employees agree can bolster trust in addition to acknowledging personal mistakes. According to the survey, the four most effective tactics for inspiring trust are:

The Forum’s Global Leadership pulse survey, including specific EMEA regional findings, can be downloaded here. Click to enlarge the infographic below, which illustrates the disconnect between staff and managers.