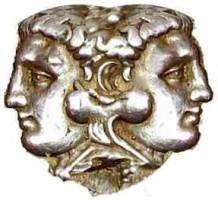 It’s not often that workplace management becomes national business news but that happened at the end of February when  the world became very interested for a while in the way we design and manage offices. The reason for this was the decision by Yahoo to ban homeworking for staff at its headquarters.  The resultant period of shirt-rending at this challenge to received wisdom told us more about the changing view of the workplace than the actual decision by Yahoo. As the dust settled, we discovered that the Yahoo CEO Marissa Mayer had based her decision to change working practices on data from the company’s network that showed people working from home didn’t log on to the company Virtual Private Network as much as those in the office.

This crystallised a number of debates, not merely about flexible working but also about the nature of collaborative working and the ultimate question of them all; What Are Offices Actually For? What became apparent was that Yahoo’s actions were based on an understanding that people work better on certain tasks when they are together. In this regard, Yahoo has the same objectives as Google, which is lauded  for its approach to workplace design and management but which took the sensible decision of announcing that the design of its new HQ (coincidentally on the same day as the Yahoo announcement went viral) would maximise ‘casual collisions of the work force.’

The desire to get people to collaborate has a number of drivers. There are the straightforward business needs for people to communicate ideas and information. Then there are the largely unstated drivers, not least how to deal with one of the major conundrums that has dominated management thinking over the last two decades: if your main asset is knowledge and that knowledge is locked up in people’s heads, how do you make them stay within the organisation or, at the very least, empty some of it into computers and other people’s heads before they leave?

The solution many firms have opted for is to put people in big rooms with each other and wait for osmosis to do its stuff. On the face of it, the case for working in open plan offices is clear cut. Not only are they  more conducive to collaborative work, open plan workstations take up around half the space of cellular offices. The fit-out costs are typically 25 per cent lower too.

And yet there are clear signs of a backlash, at least to the idea that they make people more effective. At the end of last year, this was the subject of a survey of 90,000 people by architects Gensler which found that ‘the most significant factor in workplace effectiveness is not collaboration, it’s individual focus work.’ Conversely, the report also concludes that ‘focus is also the workplace environment’s least effectively supported activity.’

As far as offices are concerned, hell is definitely other people. It is other people that are most likely to be the source of distractions, acoustic, visual and even olfactory. There isn’t a nerve you possess that somebody else can’t get on. Mobile phone ring tones regularly top surveys of the most annoying things in offices, followed by smelly food, body odour and irrelevant conversation.

What is interesting about the research in this area is that the things that cause the most stress, annoyance and distraction are those that are either irrelevant or over which people have no control. The Scandinavian researchers Anders Kjellberg and Bertil Nordstrom found in one of their studies that sudden or irrelevant noise was far more distracting than constant background noise. They also found that the noise of printers and shredders is only really annoying for the people not using the equipment.

Little wonder that there has always been a tug back towards the cellular since we first developed the principles of the modern office in the early part of the 20th Century. A lot of the time – both now and in the past – this hankering for four walls and a door has been a matter of status, but there are some very good reasons why people may want to lock themselves away that are nothing to do with their place in the hierarchy.

Even for those workers not afforded the luxury of working from home, spatial requirements have changed, thanks to the ubiquity of the flat screen and the mobile device which have reduced individual workstation footprints by over 20 percent. As a result of such developments, the typical space allocated to an individual in a building has shrunk dramatically in the last few years, while the provision of public and meeting space has increased.

But, just because getting more people into a building is easy, is it the right thing to do? The father of proxemics, which is the study of personal space, cultural researcher Edward T Hall, claimed that people typically have up to four zones of comfort. These are dependent on the level of intimacy with the other person, and are classified as ‘intimate’, ‘personal’, ‘social’ and ‘public’. Get these wrong in an office and you add to the stress people feel about being around their fellow humans. It’s important to know where to draw the lines.

The psychology of collaborative work has been the subject of a series of events delivered by Herman Miller’s Insight Group in conjunction with researcher Nigel Oseland. They draw on their own ideas as well as those of authors and speakers such as Susan Cain to show how supposedly collaborative working environments based on throwing everybody together are not only unconducive for particular tasks, but favour certain types of people more than others.

In part the solution they suggest is a variety of spaces and an awareness that organisations should not be based on the needs of the extroverts who make the most noise. This model of the workplace based on task-oriented zones is not new and dates back at least to the time of the combi-office, a mixture of cellular and open plan, that was a common feature of European offices long before we even knew what a laptop was, and was adopted in the US by firms such as Steelcase who labelled their own take on the idea ‘Caves and Commons’.

The provision of zones for private and interactive work nowadays will typically be far more dependent on function and need than on status. Because of this functionality, this relatively complex model of the workplace is invariably reliant on a thorough understanding of the organisation’s needs as well as those of the people who work for it. This understanding starts from the basic premise that while there may be a good economic argument for the open plan and an admission that some privacy must be sacrificed in the interests of communications, there is a tug back in the other direction that has its own logic and its own business case. The challenge is to get the balance right.

These developments are also manifest in the designs of individual products. Last year’s Orgatec event in Cologne was a dead giveaway in that it had a whole hall dedicated to acoustics and the theme was evident throughout the rest of the show too as the pictures illustrating this feature show. It was intriguing to see how some of the newer furniture systems designed to provide acoustic privacy had more than a whiff of the panel system about them. They were supposed to be consigned to history but are cubicles on the way back already?

Similarly there was ongoing interest in how to make the public spaces in buildings work better. So there was lots of talk of soft seating and quiet time, as well as more traditional public spaces such as receptions and break out spaces. Again this is linked to the increasingly peripatetic nature of the workforce and the need to accommodate people physically in a building as well as giving them space to work quickly and easily and in the way that suits them as individuals. In doing so, we can expect a move away from the simplistic notion that collaboration makes people more productive and the best way to achieve that is to expose them to each other in an open plan office.

Latest Insight newsletter is now available to view online When sorry seems to be the hardest word, it creates a workplace trust gap