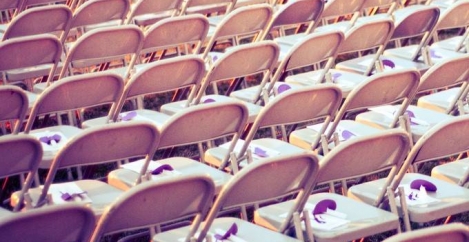 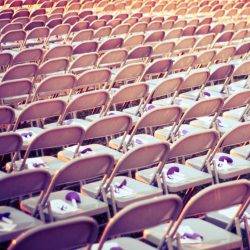 Of all the things we buy, with the exception of our clothes, furniture is the most intimate, the one item we spend most time in contact with. According to JG Ballard who dedicated himself to understanding our relationship with the world around us, ‘Furniture constitutes an external constellation of our skin areas and body postures’. Whether he would have recognised it as such, Ballard was a pioneer of the principle we now refer to as psychogeography, defined by one of its founders, Guy Debord, as ‘the study of the precise effects of setting, consciously managed or not, acting directly on the mood and behaviour of the individual’.

Psychogeography may have originally been about the manipulation of the aesthetic and political, as part of the Situationist movement of the Fifties, but the idea appeals to our ongoing fascination with the relationship between people and workplaces.

The new quest is for wellbeing and a return on investment, something rather more attractive and complex than a desire to merely avoid injury and litigation

The design of the physical environment to make us comfortable, send messages to others or enhance our well-being and mood is a recurrent theme in both the domestic and commercial design press. The past few years have seen a surge of interest in the role furniture and the rest of our working environment has in making us feel better, physically, intellectually and emotionally. The case has become very sophisticated indeed, shifting way beyond the prescriptive and one-dimensional needs of legislation.

The new quest is for wellbeing and a return on investment, something rather more attractive and complex than a desire to merely avoid injury and litigation. In an attempt to meet this new demand, furniture design has once again highlighted its tendency to reflect the concerns of firms and the latest generation of employees.

To paraphrase Ballard, office furniture forms the external constellation of the shape of the organisation and a reflection of its self-image. The design of offices, the furniture in them and even the shape of the market matters because of what it tells us about how we work, how organisations function and even what is happening in the economy. If you want to know what’s going on, take a look at the places we work and the things we surround ourselves with.

That is why the transformation of the office furniture industry over the past 20 or so years tells us so much about changing technology, legislation, management styles and social norms. Take something simple like the make-up of a typical workstation. Back in the mid Nineties, the proportionate cost of a typical workstation would consist of about three-quarters systems furniture and other products and about one quarter seating. Nowadays those proportions have switched.

The chairs have taken over and the reasons for this aren’t hard to find. The ubiquity of mobile technology and less emphasis on personal space have been the most important drivers. Without the need to provide a surface for large monitors, the onus on employers to provide heavily engineered L-shaped desks pretty much vanished within of a couple of years, and with it the business model of many makers of office furniture.

During the late Nineties new ideas and new technologies had already written new rules. Everything was possible and there was no longer one best way of doing things. In New York, Chiat/Day’s offices featured touch-down desks, garish crimson floors and walls and a reception framed by a huge pair of plastic, glistening lips. In Helsinki, Sol Cleaning Services did away completely with ideas as outmoded as desks and working hours. In the UK, British Airways gave its staff olive groves and indoor streams to work alongside. And in London a small media company called Michaelides & Bednash had offices that consisted of a room furnished with a single, 20m-long, serviced table for its staff to share.

Such workplaces were surely one-offs, mere footnotes to the grand narrative. Little wonder that the eminent workplace theorist and designer Frank Duffy wrote the following about the Michaelides & Bednash office in his 1997 book The New Office: ‘The Michaelides & Bednash table would not work for many of the companies featured in this book. The office space is very specific to the business it houses.’

And that should have been that. Except that the long table with a core of data, comms and power servicing favoured by Michaelides & Bednash – now commonly known as a bench system – became one of the great office-design success stories. All significant furniture manufacturers had a bench system as a standard offering, often their flagship range.

The decline of systems furniture

The bench was attractive to buyers for lots of reasons, not least its economy. But the decline of system furniture heralded the end of the heavily engineered, gargantuan workstations that had been the stock-in-trade of the office furniture industry for some 30 years.

Even as systems furniture was losing its pre-eminence, the chair was taking over

But even as system furniture was losing its pre-eminence, the chair was taking over. Of course, iconic chairs have been a staple of the workplace design scene for 100 years, certainly more so than desks. Even so, the rise of seating as the driving force in the market also has its roots in the Nineties.

The signs were there in 1992, when universal regulation for VDU users in the EU was introduced. Up to this point, it was perfectly common for people to sit at desks on four-legged chairs, the very sight of which would nowadays give a designer a fright. But what was to follow from the late Nineties to the present day was to transform the world of work. Chairs became increasingly sophisticated, leaving the demands of legislation trailing in their wake. In part this is down to the very personal nature of chairs. They can be adapted to the individual, be status signifiers and allow an employer to give staff a bit of a cuddle, reassuring them how important they and their wellbeing are.

All of these ideas continue to become more important as personal space is eroded through economic necessity and as a result of new technology and changing workstyles. But I think it goes beyond that. Over recent years we have became increasingly aware of the need to move beyond seeing health and safety as a way of reducing the harm we do to people at work and started seeing it as a way of improving their wellbeing. This may now be the main driver of change in the way we design seating. It is the reason why, even in the face of uncertainty, designers and manufacturers continue to launch more sophisticated and better chairs and why, when they understand how they offer a return on investment, customers are willing to pay more for them.

This generation of chairs colonised offices like never before and increasingly they are moving into our homes.