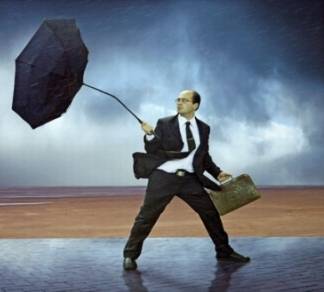 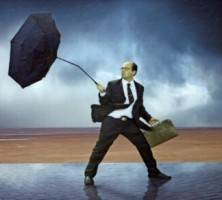 As if there aren’t enough reasons to dislike tall buildings already, two news stories drop into our inbox this week which add to the growing charge sheet against these phallic assaults on our senses and sensibilities. According to the first story, it appears that the recent proliferation of towers in London not only means that the city looks more and more like Chicago, it is functioning more like it too. There are a growing number of complaints from the public about the winds that whip around the bases of the capital’s protrusions which were ‘unforeseen by planners’, according to a report in Building magazine. Meanwhile, developers in Melbourne have made the civilisation-ending announcement that the design of a new mixed use skyscraper in the city is based on a Beyoncé music video and make particular reference to the shape of the artist’s backside.

In the UK’s very own Windy City, local administrators are set to introduce independent assessments of plans for tall buildings because there is a ‘divergence’ between what they have been told by developers and the actuality on the ground for passers by. According to the Building report, there have been a growing number of complaints from the public about the wind tunnels that form around landmark buildings such as the ‘Walkie Talkie’, already infamous for its street level death ray, which has now apparently been reset to stun thanks to some design modifications.

Gwyn Richards, head of design for the City of London, is quoted as saying: “A number of people have complained about the wind underneath 20 Fenchurch Street and the wind assessment didn’t indicate any significant issue there. Wind assessments have always been a key part of the City’s planning process but there is an increasing focus on the absolute need to ensure wind issues resulting from developments do not harm the public realm and its enjoyment by the public.

“This is why we are asking for independent verification of the wind studies on a number of new schemes to ensure as rigorous and resilient an approach as possible. We need more scrutiny. It was the right time to say: ‘We should look at this and make sure the case is watertight’. Where the independent assessments have been used we’ve seen there has been a divergence in conclusion (between the developer and the independent verification) – and we are getting improvements already.” 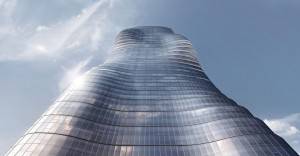 Meanwhile, planners in Melbourne have already approved a 68 storey mixed use building that the developers unashamedly claim has the ‘curves’ of Beyoncé with interior elements finished to match her skin tones. As well as the headline grabbing celeb association, the architects argue that the shape of the structure is a natural form that helps to dissipate the winds that typically form around tall buildings. They claim the Beyoncé link was only made after the concept for the building’s exterior had been developed but that once made, it was decided to run with the idea in the design of the building’s interior.

Growing numbers of workers are ditching their laptops, claims study Many employers discourage home working, unless it is out of hours