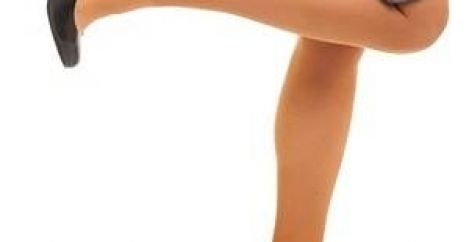 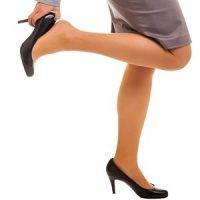 It seems the news earlier this year that a woman from an FM company based at PwC had been sent home for not wearing heels is sadly not an isolated incident, as employers regularly tell women to put on more makeup, wear high heels and short skirts. The research by solicitors Slater and Gordon claims large numbers of women feel their employer has unfairly criticised their appearance in the workplace, with nearly one in five (19 percent) saying they felt more attention was paid to their appearance by their bosses than to their male peers. Shockingly, nearly one in 10 women (seven percent) have been told by bosses they preferred them to wear high heels whilst in the office or with clients, because it made them “more appealing”. Many women revealed they had been told to dress more provocatively and to be “sexier” – with almost 90 percent (86 percent) of those pressured to dress “sexier” and feeling their career might suffer if they didn’t comply.

Men were also aware of the disparity, with almost half (48 percent) saying they felt that their dress code was more clearly defined and colleagues were far less likely to comment about their appearance than that of their female colleagues.

The new study was commissioned by employment law experts Slater and Gordon, who surveyed 2,000 employees, following a rise in the number of clients referencing comments made by their employers about their appearance.

Josephine Van Lierop, employment lawyer at Slater and Gordon, said: “The findings of this survey are very disappointing but not surprising. There are still far too many employers who think it is acceptable to make disparaging remarks or comments about a woman’s appearance. This sort of sexism is all too prevalent in the workplace – particularly in certain sectors such as financial services, hospitality and The City.

“The current position on dress codes under UK employment law is relatively clear: an employer is allowed to impose a dress code on its employees. But usually this will be put in place for health and safety reasons, or to promote a particular image, for example, of smartness and efficiency.

“A dress code must not be discriminatory on protected grounds such as gender or religious belief, and disabled employees have the right to have adjustments made to alleviate disadvantage.”

One in 10 (12 percent) women admitted they felt belittled, with 34 pe cent confessing comments about their appearance had been made in public or in front of more junior colleagues.

Mounting pressure from bosses and more senior employees to “vamp up” their appearance meant 13 percent of women eventually succumbed and flaunted more flesh while at work, the research revealed.

Almost a third (28 percent) of women said they were advised that changing their appearance would be “better for business”, while another third were told that clients expected a certain style of dress.

However, men’s experience was significantly different. Over half of men (54 percent) said they never ever received comments about their appearance and were only occasionally being told to dress smarter by their more senior colleagues (three percent).

Josephine Van Lierop, employment lawyer at Slater and Gordon, said: “Under current UK employment law employers cannot treat one person less favourably because of their gender but there is no legislation to prevent employers from treating men and women differently in relation to dress code. “Employers will argue that men and women must be dressed smartly or well-groomed for a person of their gender.

“However, in 2016 there is absolutely no expectation that women in business should wear make-up or high heels in order to be smartly dressed. Imposing this expectation on women only is arguably unlawful sex discrimination.”

More worryingly one in 10 (10 percent) said they physically suffered as a result of having to comply with their employees’ dress code – such as wearing high heels, putting on more make-up and wearing tight clothing.

Men did concede they had been told to remove hair dye, jewellery and cover any visible tattoos.

37 percent of women also said they felt expected to “refresh” their wardrobe on a regular basis, and over half (52 per cent) said that there was an expectation they wouldn’t wear the same outfit on lots of occasions.