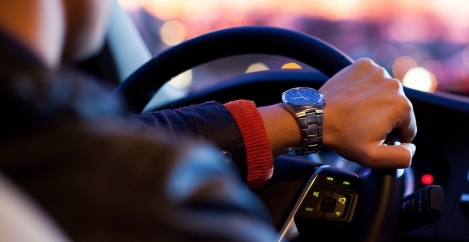 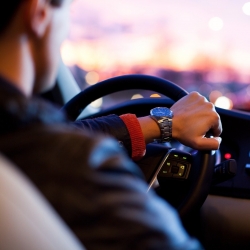 Most road traffic accidents happen on the drive home from work, claims new research from Rotterdam School of Management, Erasmus University (RSM), which examines which characteristics of the working day have implications for road safety and why.

According to Dr Rebecca Hewett, Dr Michael Clinton, Prof. Neil Conway and Dr Damian Poulter, when people have to use their willpower at work – for example by resisting distractions or regulating their emotions – they often have less willpower to use later in the day. The researchers examined the implications of this depleted willpower beyond the work day to explain how these stressors spill over to non-work time.

They carried out two studies. In the first, 55 working adults in the UK, who regularly commuted on the same journey, completed a survey twice a day for 10 days (adding up to 499 days of data altogether) at the end of work and after they drove home. The researchers also collected data on their driving behaviour through telematics, a box plugged into their car which monitored driving speed, relative to the speed limit. This allowed the researchers to monitor how many seconds they exceeded the speed limit on their drive home.

In the second study, 133 other working adults completed two surveys on a single working day – after work and after they drove home. In this survey, they self-reported their driving behaviour.

According to Dr Rebecca Hewett; “Given that the highest number of road traffic accidents happen on the work commute, in order to try and reduce fatalities, we recommend reducing these distractions. Organisations could think about providing more quiet spaces and software to reduce IT distractions (pop-ups). As well as this, organisations can also try to reduce the extent to which employees are required to regulate their emotions at work, for example if they have to provide ‘service with a smile’ and hide their emotions to customers. In such situations, organisations could encourage employees to vent their frustrations to colleagues or their manager in order to mitigate this. These kinds of demands can also be reduced by encouraging employees to take regular breaks, which enables them to build their resources back up, especially on days which are particularly demanding.”

These findings highlight the ethical responsibility that organisations have to reduce these kinds of stressors during work. It’s not only important for employee well-being, but also has an impact on other drivers, family members, cyclists, healthcare workers, the economy, and society in general. It is a critical safety concern.