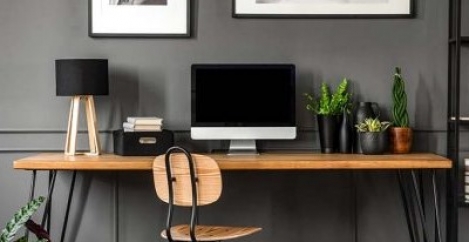 Working from home may help recruitment, but doesn’t stem resignations 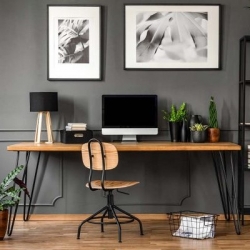 Organisations looking to stem the tide of the so-called Great Resignation shouldn’t rely on working from home alone to retain their top talent, according to new research, which reveals that working from home (WFH), flexible working hours and even four-day work weeks, won’t necessarily be enough to keep employees onboard. HR software provider CIPHR conducted a survey of over 330 British employers last month to discover how the increasingly competitive talent market has affected their staff retention and recruitment drives over the past twelve months. Based on the results, nearly three-quarters (73 percent) of employers have experienced an increase in employees voluntarily resigning and 71 percent have found it more challenging to recruit new employees.

Organisations with between 251 and 5,000 employees appear to be struggling the most in terms of recruitment and retention, with 83 percent reporting an increase in employee resignations and 77 percent finding it more challenging to recruit. In comparison, only half of smaller employers (those with between 26 and 50 employees) say the same, with 55 percent experiencing an increase in voluntary resignations and 51 percent stating that recruitment is more of a challenge.

Employers who have chosen or are able to offer their staff the option to work from home – either fully remote or on a hybrid basis – have more positive news to share when it comes to recruitment. Only 51 percent of employers who have staff working from home 60 percent to 100 percent of the working week say they have found it more challenging than usual to recruit over the past year. In comparison, that figure rises to 71 percent for employers whose staff are expected to attend their office or work premises 60 percent to 100 percent of the working week (that’s at least three days or more for full-time workers).

Telecommunications, scientific and technical services, publishing, government and public administration, broadcasting, and human resources are among the industries reporting significant increases in the number of employees voluntarily resigning over the past year.

CIPHR’s findings back the idea that many employees and job candidates are re-evaluating their careers – and taking more control over how and where they wish to work. The massive upheaval of the pandemic has prompted many individuals to question what they want from their jobs – and, as a result, more employees are prepared to go out and get it.

As part of the survey, 250 employers were asked whether they agreed that ‘employees and job seekers are in the driving seat when it comes to negotiating salaries, benefits and flexible working’. Two-thirds (66 percent) of those polled said they did.

The employers that are most likely to think that the employer-employee power dynamics have shifted in their employees’ (existing and future) favour are those that have reported recruitment challenges and say that resignations have risen (78 percent of employers, compared to 50 percent of employers who say it’s been the same or easier than usual to recruit / retain staff).

Over three-quarters of employers working in hospitality and foodservices, legal services, and the arts, entertainment or recreation (86 percent, 83 percent and 77 percent respectively) believe that employees and job seekers are ‘in the driving seat’. Conversely, only around half of employers working in the automotive industry, retail trade, healthcare and social assistance, and shipping and distribution (20 percent, 31 percent, 50 percent and 50 percent respectively) think the same.